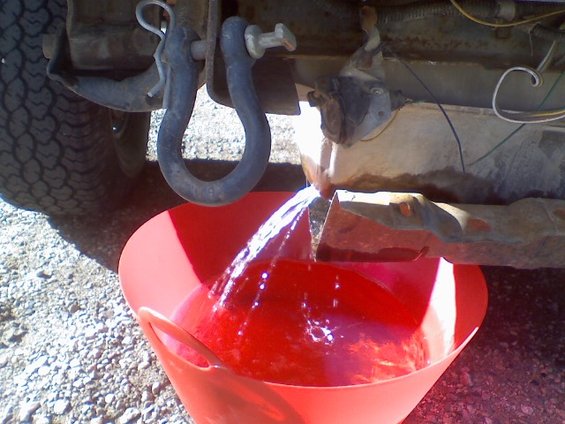 Finding a parking spot was always a problem back in my AUB years, but I don’t recall ever hearing about fuel thefts and I am surprised that these things are happening right outside the campus on AUB’s seaside. According to a friend of mine and Outlook AUB’s article, fuel thefts began back in September but became more frequent in the past few weeks. Six cars have already been targeted and two students claimed their car’s fuel tank was punctured twice.

I think this is a very serious problem for two reasons:
– Makhfar Ras Beirut (Previously known as Makhfar Hbeich) is located on Bliss Street and there are always police bike patrols on the sea side, so such incidents should not happen very often. Since AUB cannot guarantee parking to its students, the administration should work closely with the authorities to set up cameras along the sea side and provide better security for their students. The Dean of Students Affairs, Talal Nizameddin has already stated the need to cooperate with the police to stop these crimes.

– Punctured gas tanks are a threat to the driver and people around him as they may lead to a fire or even an explosion specially if it’s a huge leak. Some of the students interviewed in Outlook reported driving for some time before realizing their tank was punctured but luckily none of the cars caught fire.

This being said, stricter safety measures have to be implemented the soonest in order to avoid any tragic outcome. Setting up cameras is a necessity but until it’s done, bike and car patrols should be doubled and I recommend that students take a quick look at their fuel tanks before they drive off for their own safety.

I hope they catch these criminals the soonest! Here’s a [link] to the Outlook AUB’s article written by Lama Miri.

A number of AUB students recently reported finding their cars with punctured fuel tanks emptied of gas, as their vehicles were parked on AUB’s seaside. With insurance not covering the expenses of the repairs, students were forced to pay bills of up to $1,050. Meanwhile, the perpetrators are still at large, and authorities have yet to take adequate preventative measures.

Among the targeted vehicles were three different Nissan cars, a Honda, a Renault, and a Peugeot. The fuel thieves clearly singled out larger models, which are easier to handle than smaller ones. All the cars had plastic reservoirs, and in some cases, the gas reservoir was punctured.

“It was explained to me that it was done using an electric drill on a stick, which means that this is pure vandalism,” said business student Anas Aboul Hosn. “Whoever did this didn’t intend to steal the fuel – if they did, they would have come prepared and we wouldn’t have had such a big fuel puddle around the car.”