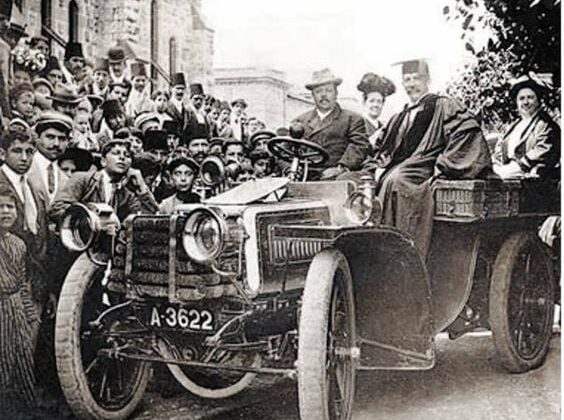 However, AIA website disputes this claim by stating that Philippe Skaff was the first to own a car in Lebanon back in 1903, and that the car could fit 13 people (I wonder what that car was!) . The same website claims that Isabelle Bustros was the first Lebanese woman to own a car (Bentley) in 1913, Gebran Elias Fernaini was the first person to receive a driving license in the country in 1920, and that the first automobile race was organized in Lebanon in 1931, where President Ibrahim Saad won on his Essex Terraplane, beating Halim Ghandour chief of Beirut’s Police.

I have no idea who Pr. Ibrahim Saad to be honest, but I’d love to see a footage of this race 😁.