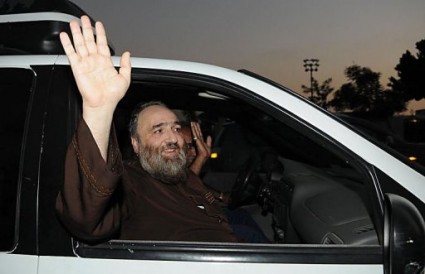 We’ve been witnessing a considerable increase in armed robberies, car thefts, murders, and other types of criminal activities in Lebanon the past few months.

I was puzzled by that fact specially with the appointment of a competent Interior minister such as Ziad Baroud and having Elias el Murr as minister of Defence, but i think one of the many reasons that are keeping those stats on the high is the lack of any considerable financial fines.

What i am saying is that for example, a Lebanese radical Islamist named Omar Bakri, banned from London because of his implication in the bus bombings and found guilty by the Lebanese military tribunal “of incitement to murder, theft and the possession of arms and explosives along with over 40 Lebanese, Palestinians, Syrians and Saudis” was bailed out for the amount of 5 Million Lebanese liras, which is approximately 3400$ only !!! [AFP]

Regardless of whether he has wasta or not, or if a certain political party pressured the officials to release him, our justice body should set a reasonable bail amount relative to such crimes.

If a terrorist can bail out of jail for barely few thousand dollars, why not hijack banks and steal cars and bail out for probably few hundred dollars?