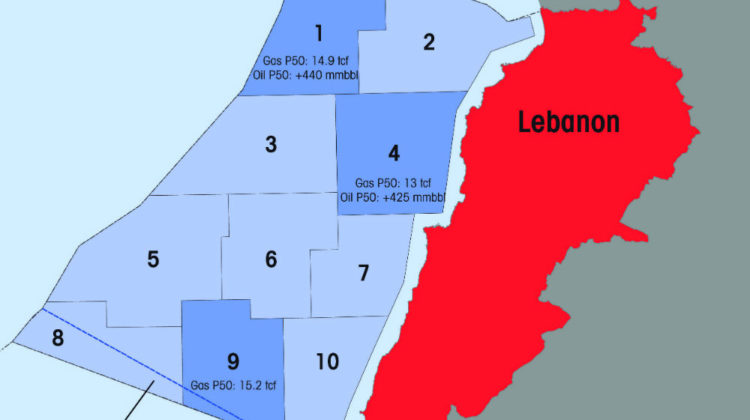 Lebanon’s cabinet was celebrating yesterday the passing of the petroleum decree and our Energy & Oil Minister announced afterwards that Lebanon will start exploratory drilling off the Lebanese coast in 2019. Obviously this is big news and Lebanon becoming an oil rich country could prove to be a game-changer for the economy and the country as a whole but we’re assuming here that a competent and transparent governing body is handling the matter.

I was watching Kalamenass yesterday where the hot topic at hand was the passing of the oil & gas decree and it was clear that no one “still” has all the answers on the decree passed, the companies in question, the offers, the terms etc .. and that transparency remains a key component to making this work. While one of the three guests was very pessimistic, for valid reasons, about the outcome of such a decree, the two other guests were quite optimistic but raised concerns as well.

Is becoming an oil & gas rich country a good thing?

It suffices to google oil & gas rich countries to find out that corruption is a huge problem in many oil-rich countries and “is central in explaining why these countries perform badly in terms of socio-economic development”. Even worse, an NYtimes post stated that while “every nation wants to strike oil, yet after it happens, nearly every nation is worse off for it. It may seem paradoxical, but finding a hole in the ground that spouts money can be one of the worst things that can happen to a country”. Oil or gas-dependent countries eventually become among the most economically troubled and most conflict-ridden ones in the world, in reference to the resource curse phenomenon, with few exceptions of course.

Just in case you don’t know what the resource curse is, it is also known as the “paradox of plenty and refers to the paradox that countries and regions with an abundance of natural resources, specifically point-source non-renewable resources like minerals and fuels, tend to have less economic growth and worse development outcomes than countries with fewer natural resources. This is mainly due to governments mismanagement, corruption, instability and other factors”.

This being said, and given the high levels of corruption and staggering incompetence found at all levels of government, I am not that optimistic about the prospects of Lebanon becoming an oil-rich country given that transparency and accountability are almost inexistent in this country.

Speaking of transparency, it is of utmost important for Lebanon’s oil & gad industry to succeed and even though we are being promised transparency, the failure of all previous governments in addressing crucial issues like the water, electricity, garbage, health, pollution, internet, infrastructure, traffic, women rights, security and pretty much any topic you can think of, makes us raise serious doubts on reaping any benefits, as citizens, of Lebanon becoming petroleum rich country.

I am quite confident most Lebanese think that politicians are going to steal all the revenues, but the sad part is that a lot wouldn’t mind their leaders or parties stealing that money and that’s why Lebanese citizens are becoming a big part of the problem and I honestly don’t see how things are going to ever change for the best, if we’re convinced that stealing is ok if we like the guy or the party LOL!

Fortunately, we can always trust very few people to do the right job and there are initiatives, like the LOGI, OPES and others working hard to ensure that Lebanon’s nascent hydrocarbon industry is as transparent as possible but this is a fight they cannot easily win, especially if all parties are in agreement over this matter or any other.

To sum things up, I am not the expert when it comes to oil & gas but I’ve been reading for the past four years about this matter and while signing decrees may prove to be a positive step to safeguard our resources against Israel, I highly doubt that our country will become any better if we become petroleum-rich, not with this lack of transparency and accountability and not without some serious actions being undertaken by the ruling bodies to show good faith and regain people’s trust. We can always hope that they are working for our benefit, but we need re-assurances and actions, not just talks.