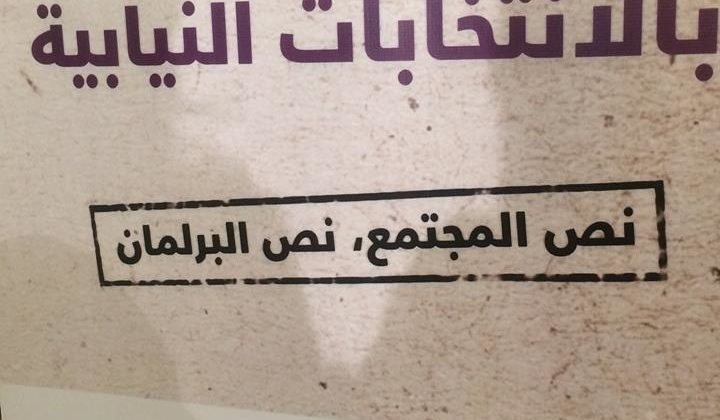 Lebanon has scored for years now the lowest rates in terms of women political empowerment and I’m not expecting a major change in the upcoming elections simply because there’s no willingness from most political parties to promote the role of women in Lebanese politics but any improvement on the current number will be more than welcome.

The last three governments only had two female ministers and the current Lebanese parliament has four women out of 128, Strida Geagea, Gilberte Zouein, Bahia Hariri & Nayla Tueni which is quite embarrassing. In fact, if we look closely at the active women MP, we realize there’s only one (Strida). In terms of elections, there were 44 female candidates in 2013 versus 13 female candidates in the 2009 elections and we should be expecting a bigger number this year. 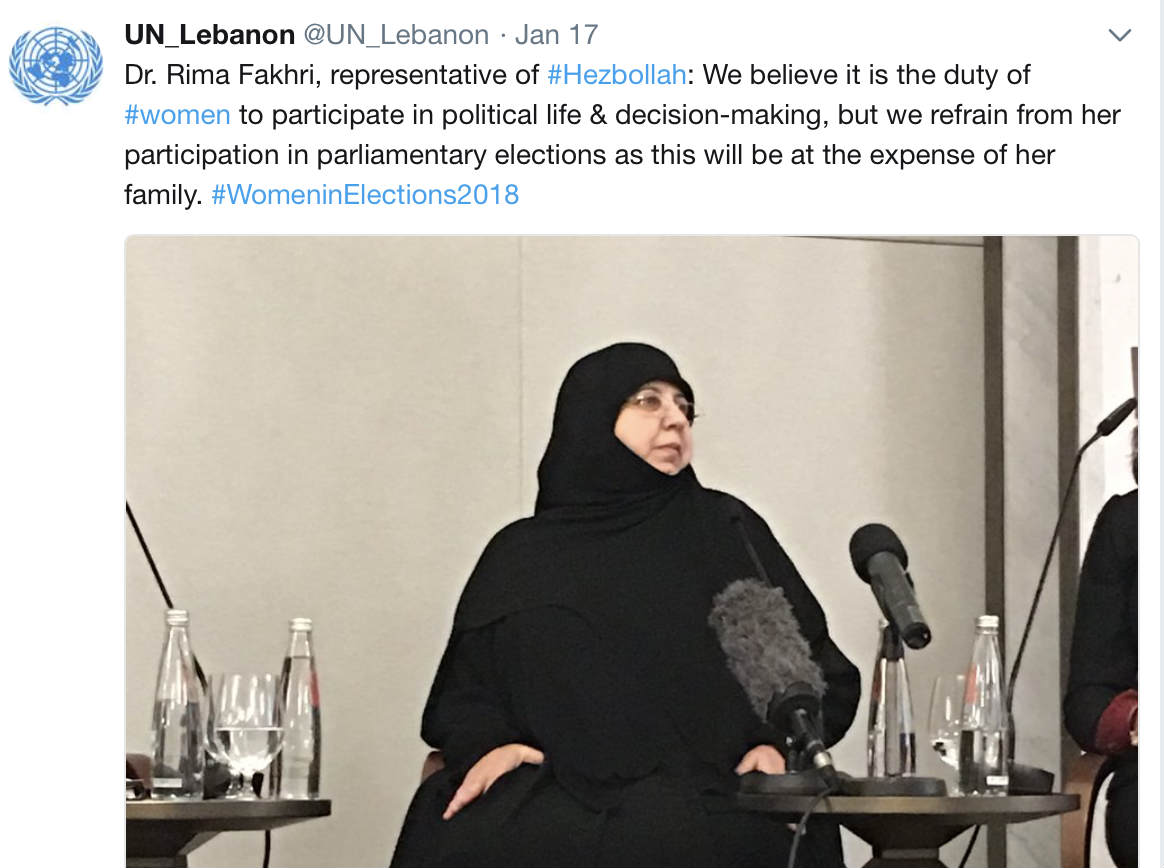 UN in Lebanon recently held a conference entitled “Fostering the role of political parties to promote women’s representation in the upcoming Parliamentary elections 2018” and shared tweets representing every party’s take on that topic.

While the majority of parties were all in favor of promoting the participation of women in parliament, none of them seems to have a serious plan to empower women and help them overcome the many challenges. The Minister of State for Women’s Affairs, who’s ironically a man, proposed at the event “a national work plan aimed at empowering #women leaders & activities that fall within it, hoping to encourage concerned parties to implement temporary measures & nominate women”, which is a bit too late given that elections are few months away and which will probably translate into supporting a nation-wide campaign that will never materialize without a proper implementation plan.

As for the other parties present, with the exception of Hezbollah’s representative, all agreed that women have a great role in their respective parties and in society but didn’t propose any plans to change the status-quo. Funnily enough, one (male representative) asked why is there no effective participation of women in politics, knowing that ALL parties could have easily ensured gender equality in the government and forced a quota for women in the upcoming elections.

All in all, Lebanese women still have to overcome a lot of hurdles to properly help shape Lebanon’s social, economic and political life but we will eventually get there, and having women like Joumana Haddad run for office will definitely help!

As for those who still think women belong in the kitchen and at home, and in case you haven’t heard, New Zealand’s Prime Minister, who’s a woman, has announced her pregnancy today and will be leading her country and having a baby at the same time.

Let’s hope we need more female candidates in the upcoming elections and maybe one day (By 2118?) a female PM.

Dr. Rima Fakhri, representative of #Hezbollah: We believe it is the duty of #women to participate in political life & decision-making, but we refrain from her participation in parliamentary elections as this will be at the expense of her family. #WomeninElections2018

Dr. Manal Said, Commissioner for Women in the Progressive Socialist Party: #Women have a great role in the party. Women face many challenges to prove themselves capable within parties in political life, & in their communities to prove their competencies. #WomeninElections2018

Dr. Ali Rahal, Amal Movement representative: Within our party’s framework, #women have a fundamental role to play. But the question we always ask is, why is there no effective participation of women in politics? Both men & women need to change this mindset. #WomeninElections2018

Dr @chantalsarkis, Secretary-General of Lebanese Forces Party: There is a decision by the party to have more than 1 candidate for parliamentary elections. But this is subject to several considerations & criteria, as well as studies & polls in constituencies. #WomeninElections2018

MP Dr. Ahmed Fatfat, representative of Future Movement: The will of the party to have #women is present. They are assets in the judiciary, economic & other sectors & we are working hard to attract them towards politics. #WomeninElections2018

Ms. Begona Lasagabaster, Special Representative of #UNWomen: When #women are in decision making positions, the country makes better decisions, negotiations last longer & economies grow more. When you have women in the board, there is more productivity. #WomeninElections2018

See Also:Lebanese Girls Asked If They Would Date a Syrian Guy
Posted By Najib
Categories CRITIQUES,LEBANON,OPINIONS,OPINIONS/CRITIQUES