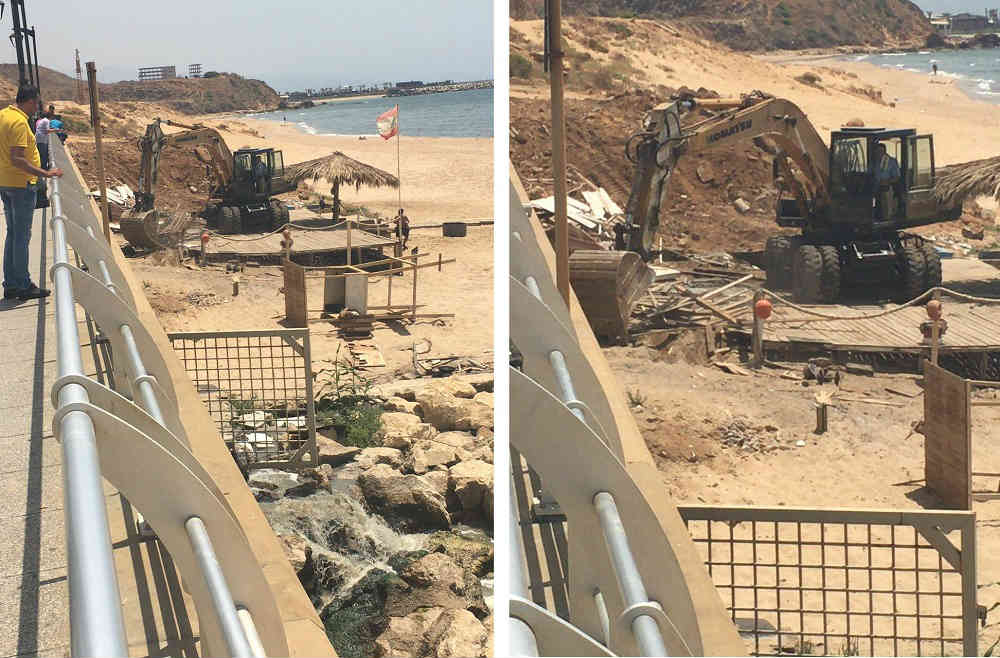 Works are already underway at Ramleh el Baida, whereas excavators were spotted destroying one of the entrances to Beirut’s legendary coastline. It’s only a matter of time before Beirut’s last public beach no longer becomes accessible to the public.

A year ago, Public Works Minister Ghazi Zeaiter vowed to prevent the closure of Beirut’s only public beach but privatization is already underway and Beirut Municipality and the government are the ones to blame.

This beach belongs to the people and should remain public instead of being turned into luxury projects that cater to the wealthy.