According to The Economist Intelligence Unit’s Democracy Index for the year 2016, Lebanon is not even a flawed democracy but a hybrid regime, which means a “nation where consequential irregularities exist in elections regularly preventing it from being fair and free”, and with this planned new parliament extension, we are on our way to become an authoritarian regime.

We haven’t had elections in 8 years which means that those aged between 21 and 28 never had the chance to vote for a new parliament yet. Every time, we hear new excuses justifying the parliament extension but the reason is one:
– Every party wants to tweak the electoral law in his own way to secure the highest number of seats or at least make sure they don’t lose any. If they fail to agree, they will keep on finding new excuses. 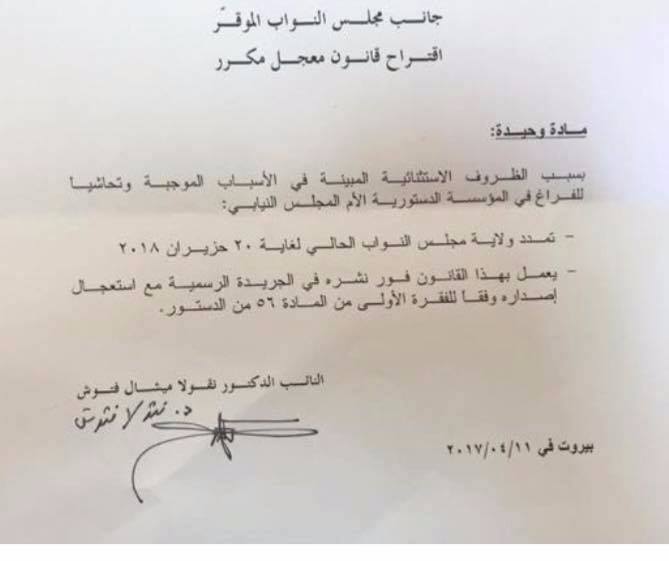