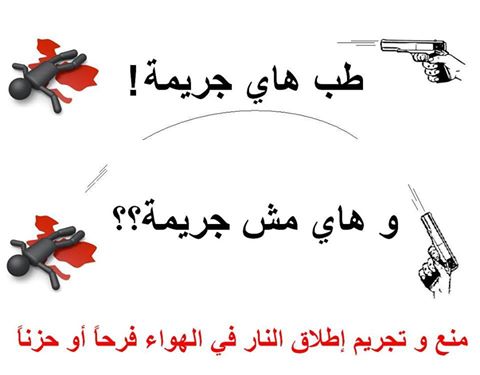 Last Sunday a child got killed in the Bekaa when a stray bullet hit him and yesterday a 15 year old called Hussein al-Arab was reportedly hit by a stray bullet in Bourj al-Barajneh and was hospitalized. The bullet hit his heart directly but he’s still alive. According to LBCI, he was walking his mother at the time.

When will someone put an end to celebratory gunfire? When will those firing in the air recklessly be arrested? What if it was a minister or an MP’s son that got hit? What would have happened then?