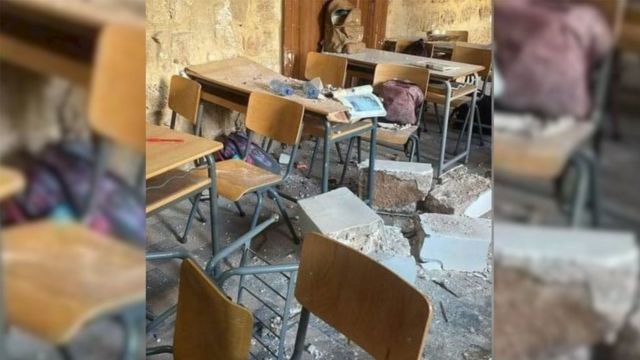 According to Legal Agenda, the ministry of education received 2.1 billion dollars between 2016 and 2021 to enhance schools and make sure all students have access to an education. Out of these two billions, 270 million dollars were allocated for renovation and expansion works.

Two weeks ago, 16 year-old Maggie Hammoud was killed when a large stone pillar fell from the ceiling onto her desk. The incident took place at a public school in Tripoli’s Jabal Mohsen, and shed light once again on the neglected public schools. In fact, the numbers are quite alarming as 956 schools in Lebanon are in need of repairs, out of which 239 schools require major renovation works and 40 schools are at risk of collapse. If we consider Tripoli alone, there are over 40 schools in very bad shape, one of which was shut down last week after Al Jadeed’s below report.

Sadly enough, the outrage we’ve seen on social media over Maggie’s death was mediocre to say the least, and the concerned ministries haven’t taken any serious measures yet to prevent further tragedies. More importantly, someone needs to tells us how these 2.1 billions were spent.