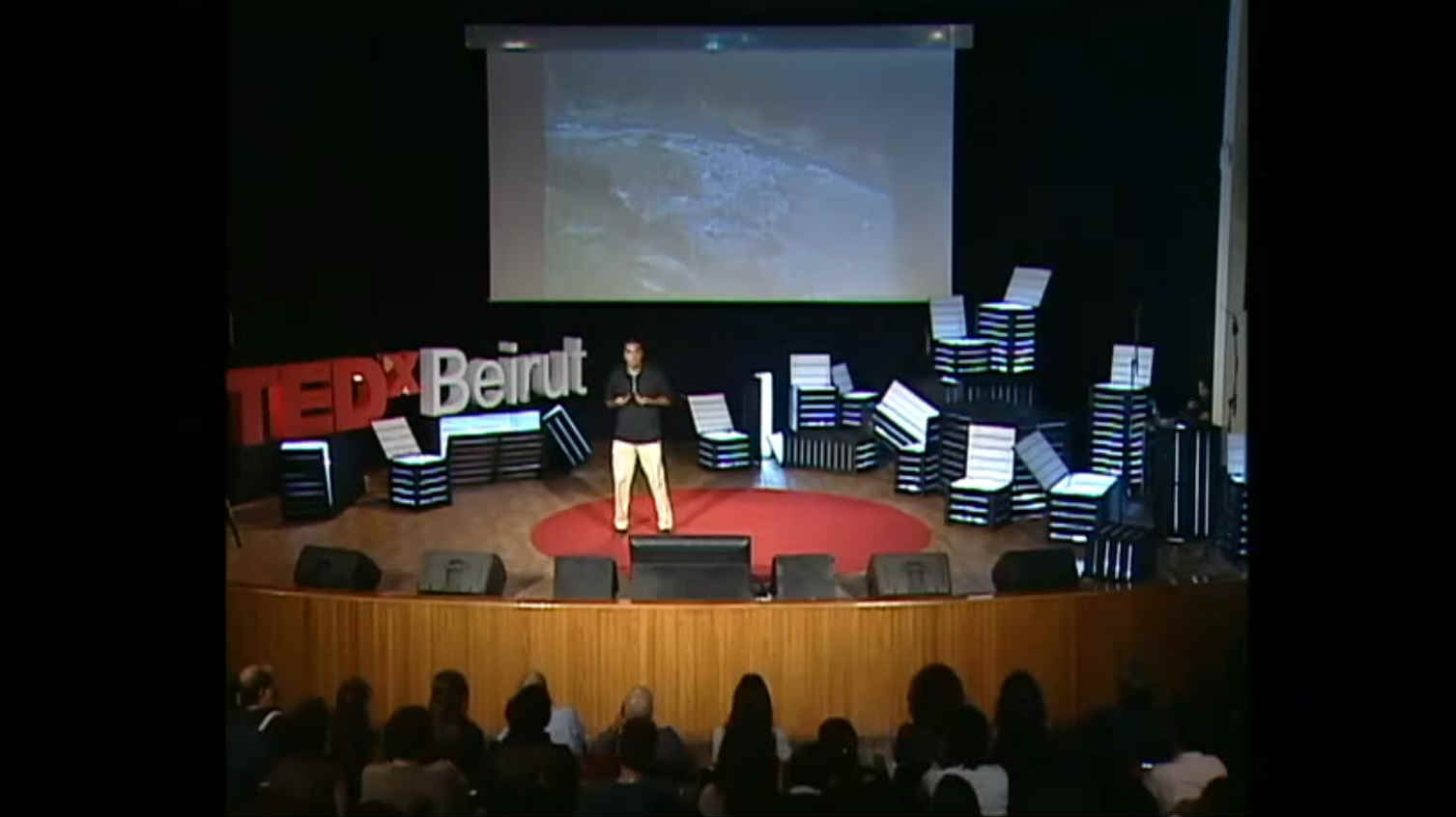 This is not your everyday love story. Ziad Abi Chaker is a multi-disciplinary engineer who specializes in building Municipal Recycling Facilities. If the authorities had listened to his Tedx talk back in 2011 or supported Cedar Environmental, the environmental & industrial engineering organization he founded, we would have avoided the current garbage crisis or at least limited the damages.

Ziad is passionate about his work and his ultimate aim is to achieve a zero waste society, and it’s much easier than you think. His idea is quite simple:

Most municipalities in Lebanon and the middle east cannot afford to buy recycling plants, so he worked out a three way contract where local banks give his company soft loans to build the recycling facilities and municipalities pay only for the service of recycling/composting in comfortable monthly installments not exceeding 5 US Dollars per household per month.

Ever since the garbage crisis begun, people became more aware of the impressive work Cedar Environmental has been doing and a lot of industries and towns have started working with them.

All in all, the solution to the garbage crisis will never be in the hands of the Lebanese authorities no matter what they come up with. As long as we have a corrupt government, people need to take small initiatives and start from their own houses and towns. Recycling costs nothing, there are plenty of NGOs willing to help out and plenty of companies willing to work with towns and villages to buy their waste.

See Also:Le Charcutier Aoun is not Selling and will Remain 100% Lebanese
Posted By Najib
Categories BUSINESS,INFORMATION,LEBANON