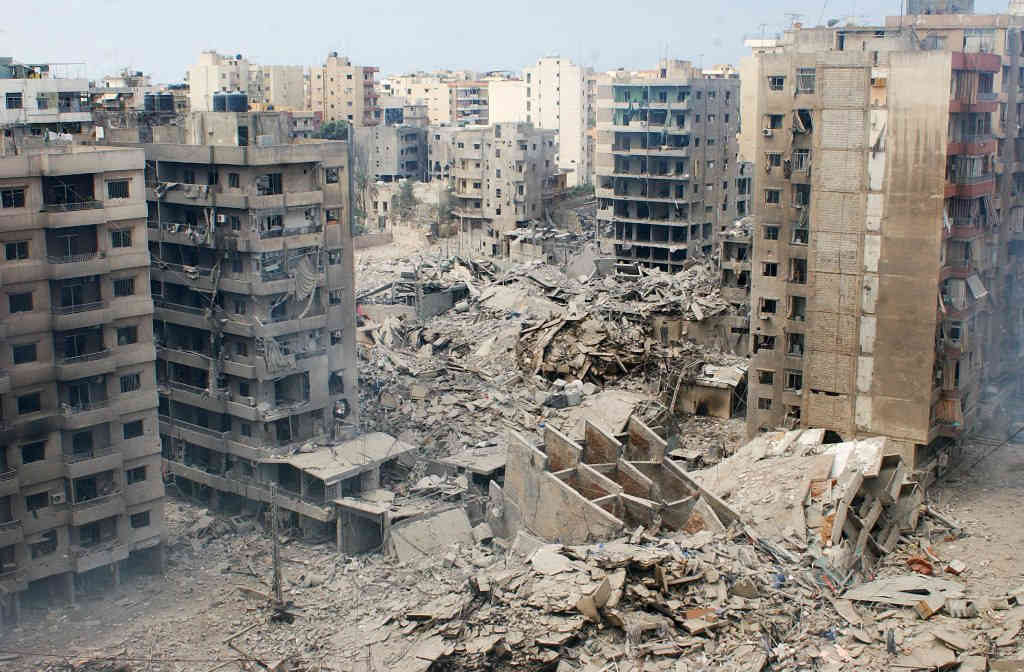 I was surprised to see so many Lebanese excited about the possibility of a new war between Lebanon and Israel yesterday. Taking aside politics and the fact that Israel admitted defeat in its 2006 adventure into Lebanon, there’s nothing good about war and we shouldn’t get too excited about the prospects of a new one. I refuse to live in a basement not because I am afraid of Israel but because I want to have a normal peaceful life and I assume and hope most Lebanese want the same.

In all cases, here’s a reminder to Lebanon’s young generation and to those who forgot already of what we had to endure back in 2006:

– Nearly 1,200 Lebanese were killed in the 34-day Israeli war on Lebanon, out of which 37 soldiers only. More than 5000 were wounded as well.
– Approximately 1 million Lebanese (30% of the total population) were displaced.
– Israel fired at least 3 million cluster bombs old munitions supplied by the US with a failure rate as high as 50 per cent, in the last 3 days of fighting.
– Israel destroyed bridges along Lebanon’s main north-south coastal road, including the Mudeirej bridge which took more than 6 years to fix.
– Al-Manar TV and Al-Nour radio compounds were bombed. Rafic Hariri Airport runways and fuel depots were also bombed and the airport was closed of course.
– Most of Dahieh was bombarded and destroyed.
– Lebanon faced an acute fuel-crisis that threatened to shut hospitals down.
– The Jiyeh power station bombing resulted in the leak of an estimated 12,000 to 15,000 tonnes (more than 4 million gallons) of oil into the eastern Mediterranean. This environmental disaster increased the risk of diseases and cancer and endangered the habitat of fish and sea turtles. Israel has to pay us $64 million in damages as pet the UN.

All of Lebanon was targeted by Israel and we still weren’t able to recover economically from the 2006 war. Moreover, the death toll from the land mines and unexploded Israeli cluster bombs is still rising. Between 2006 and 2008 nearly 40 people were killed and over 270 injured by cluster bombs. No one ever wins in a war, and civilians always end up paying the heaviest price (Look at Syria) so let’s do our best to keep Lebanon away from a new war, or at least work to prevent a new round of violence instead of getting excited about it. 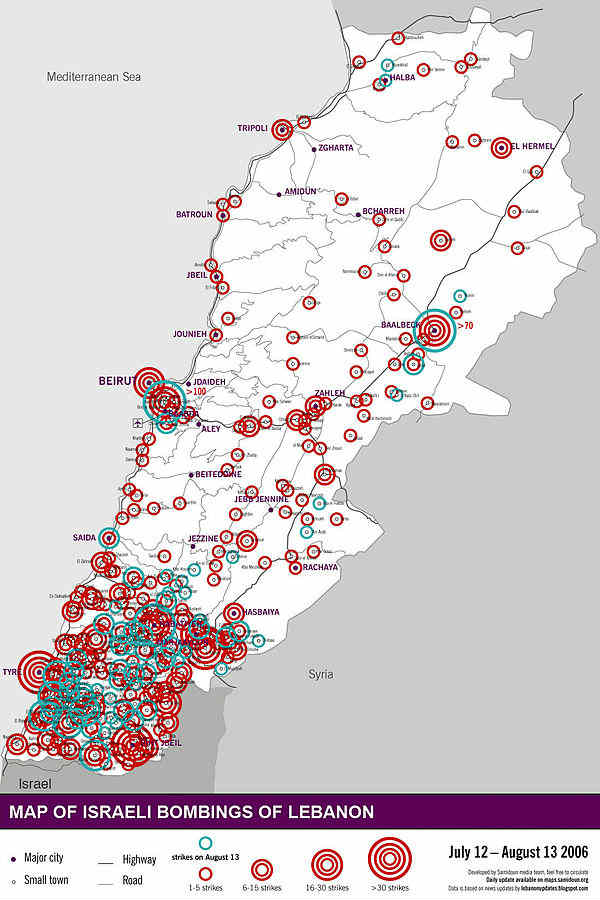