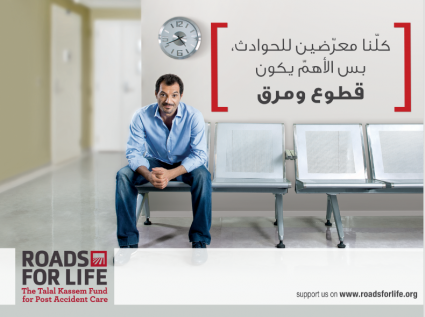 Zeina Kassem, the head of Roads for Life, announced during a press conferences a week ago that Actor Adel Karam will become an ambassador for the organization in Lebanon and abroad and will volunteer in all of the group’s media campaigns and advertisements in Lebanon. [Link]

ROADS FOR LIFE, “The Talal Kassem Fund for Post Accident Care” works for the training of Emergency physicians. It was formed after 17-year-old Talal Kassem was killed in 2010 after being struck by a car while crossing the road on his way to school in Beirut.

I never thought I’d see Adel in a serious ad or awareness campaign. Looking at the guy makes me want to laugh so I am not sure if he’s the right person for such a thing. 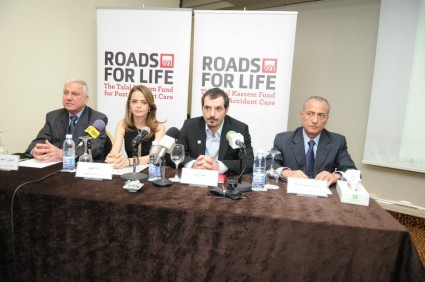