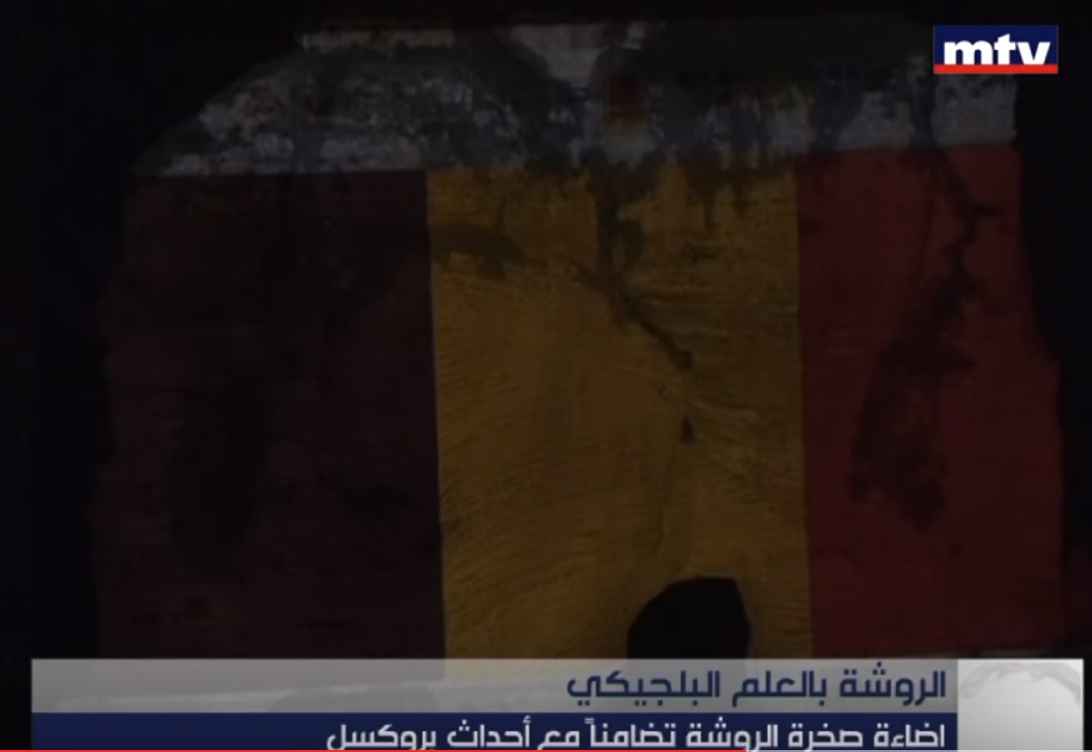 The Raouché rock in Beirut was lit up with the Lebanese and Belgian flags, in solidarity with the victims of the terrorist attacks that hit Brussels few days ago. Beirut’s Pigeon Rock was also illuminated to condemn terrorist attacks back in November 2015 following the Burj el Brajneh and Paris attacks.

Now we’ll never hear the end of it. Why Belgium and Paris and not Egypt or Ankara? Or Baghdad? In fact right now we have a repeat of what happened back in November 2015 whereas media is talking about the Ankara attacks that took place before Brussels and were barely mentioned in the news. There’s also the horrible suicide bombing that took place in Baghdad yesterday inside at a football match and killed at least 30 people.

I don’t want to get into this debate because it’s a useless one. Some argue that bombs have become the norm in our region while they have yet to become the norm in the West, while others insist that global media gives more importance to the West but what matters to me is that terrorism is on the rise, innocent people are getting killed and we are not doing enough to combat extremism.