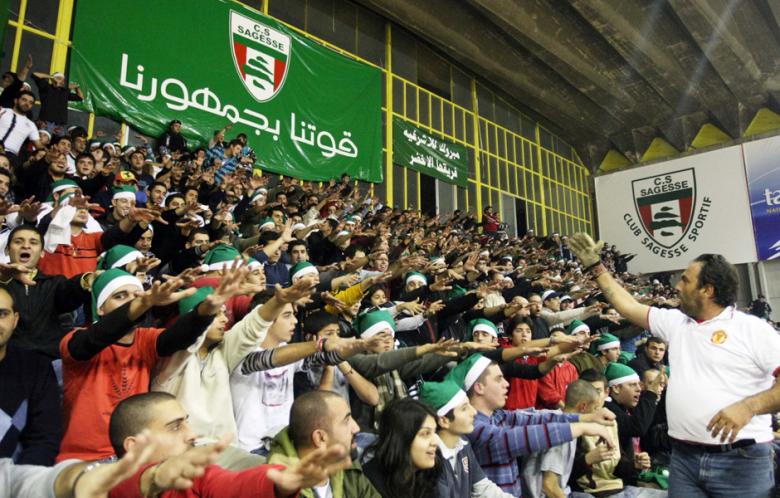 I was told by a friend who’s a loyal Sagesse fan that the players have stopped going to practice since Thursday until they get paid. Hekmeh players only got paid once this entire season and the team apparently still owes some players money from last year. The team is currently in 7th position and has lost 7 of its last 9 games.

Hekmeh’s nightmare season doesn’t seem to be getting any better, despite winning the Dubai international basketball tournament earlier this year. The real blame is on the previous management but the newly elected management knew what they were getting into and should have managed things better. A friend told me that sponsors did not pay yet their dues but that’s not something the player should be worried about. How can any team expect his players to perform well if they aren’t getting paid all season long?

Unfortunately, Riyadi is probably the only team that pays his players and staff on time, which means that we have a serious problem in the league, a problem that no one wishes to tackle. Instead of spending millions of dollars on foreign players and leaving the Lebanese players/staff and the team broke, the teams should have a solid financial plan over 3-years at least and properly manage their budget every year. That’s one the many reasons I was against that stupid 3-foreigners rule and things will only get worse now for Lebanese players and the teams.

I’ve always loved and supported Sagesse, even when Ghassan Sarkis was their coach, and it’s truly painful to see them go through such a phase, especially after everything President Choueiry has done to help Sagesse reach an international level and win Arab and Asian cup titles. More importantly, Sagesse fans are among the most loyal and dedicated fans and they deserve better than that.

All in all, there are two major problems in Lebanon’s basketball and they are not going away anytime soon with the current federation and team officials:
– The intervention of politics and religion in the sports, which was perfectly documented by Rayanne Moussallem two years ago.
– The incompetence of most Lebanese Basketball officials, which is mainly due to the intervention of politics and religion, add to that wide-spread corruption.