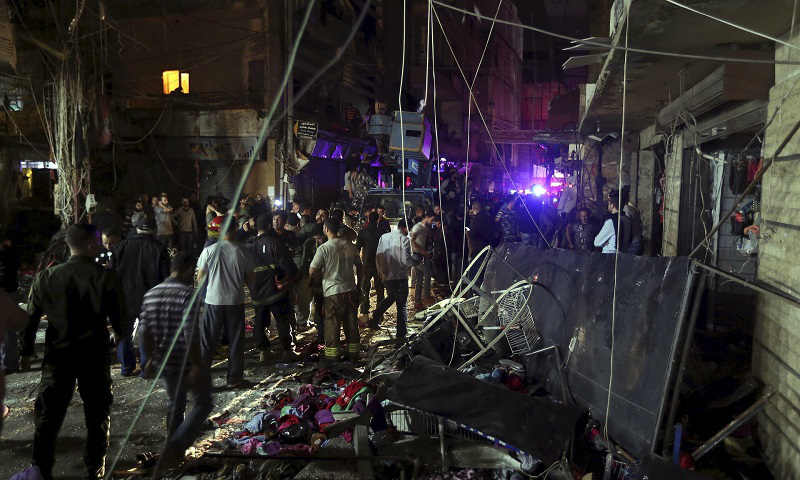 I don’t care if Burj al-Barajneh is controlled by a political party or not, today’s suicide bombings were directed against innocent civilians in a busy area of a southern Beirut suburb. At least 40 people were confirmed dead so far and 200 were injured in the blasts. This is the first blast to target Beirut’s suburbs since June 2014 and the deadliest attack in the past 10 years if I’m not mistaken.

My thoughts are with all of those affected by this tragedy. Let us show some respect for the dead in these times and avoid any unnecessary comments.

Here’s a video showing the minute when the second blast took place. Fortunately for us, a third suicide bomber was apparently killed during the first two blasts.

And some pictures from the blast: 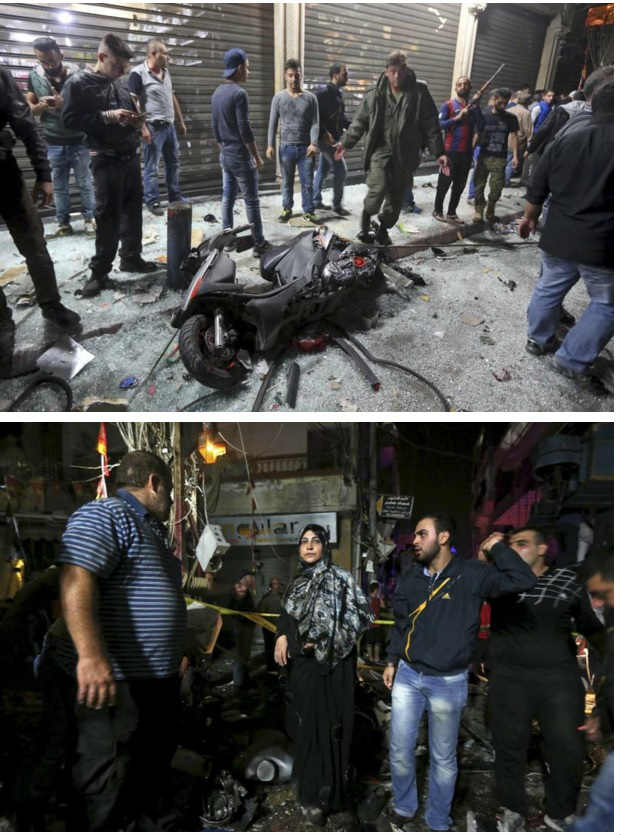 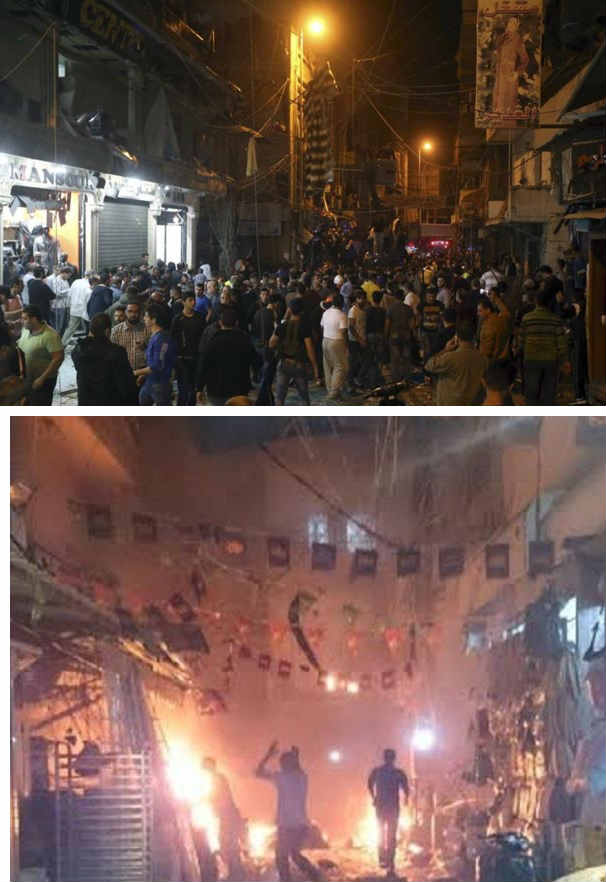