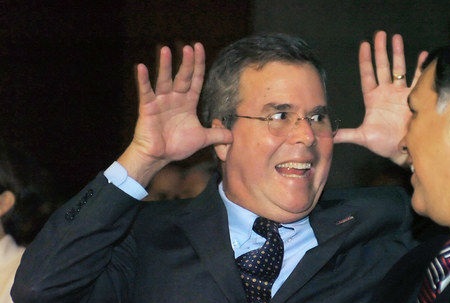 Jeb Bush and Ben Carson have been rivaling Donald Trump for the past few weeks in the stupid department and it looks like Bush is winning big time.

Here’s what he said about Christians in Lebanon:

During the fourth Republican debate, in a call for greater US leadership in the Middle East, Bush declared: “If you’re a Christian, increasingly in Lebanon or Iraq or Syria, you’re gonna be beheaded.”

This reminded me of that infamous Telegraph article where the author quotes some elderly man who warned her not to go to downtown Beirut because “there are Muslims there”.