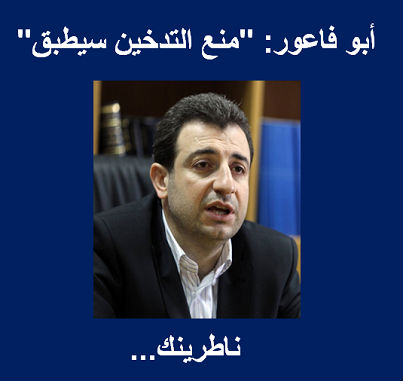 Health Minister Wael Abu Faour announced that indoor smoking ban will be enforced, and that the ministry will be raiding restaurants and other enclosed public places to make sure the law is being implemented. The first attempt to ban smoking took place two years ago and failed miserably as the majority of restaurants, pubs and venues are breaking Law 174.

I would love to see the smoking ban law implemented in Lebanon but I believe Minister Abou Faour should take a pragmatic approach and avoid the mistakes that were done before, specially in regards to restaurants serving shisha that are still growing in numbers unfortunately and are the biggest problem nowadays. If we want this smoking ban to really work, it should be done in several phases and over 1 or 2 years to allow all pubs and restaurants to adapt. In fact, if the government had adopted a proper strategy back in 2012, the law would be running smoothly by now.

In all cases, we can’t but support any initiative to cut down smoking in Lebanon so let’s see how things will go this time.