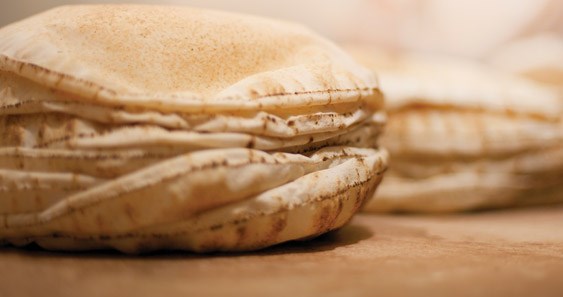 Health Minister Wael Abu Faour first states that wheat entering Lebanon failed to match safety standards, and that few samples contain cancer-causing substances, then Economy Ministry Alain Hakim comes out and says that the results Abu Faour are inaccurate and that the wheat is safe. Minister Abu Faour replies back that the Economy ministry’s testing methods were “outdated and could no longer be relied on”, before Agriculture Minister Akram Chehayeb intervened and reconciled both parties. They later on agreed to develop an action plan that ensures the safety and quality of wheat entering Lebanon.

It’s good to see ministers work together in health-related issues , but what happened to the cancerous wheat units that were found by Minister Abu Faour? If he’s confident that some of the samples did not comply with safety measures, then where are they and why weren’t they confiscated? How will referring the wheat file to the General Prosecutions going to stop people from getting poisoned by this rotten wheat? Is Minister Abu Faour’s food safety campaign working or not?

Personally speaking, I don’t think Lebanon’s food safety scandal will end anytime soon because the way it’s being handled is wrong. The real problem has always been slaughterhouses and food storage yet what’s happening now is far worse as there are more and more violating restaurants (Dkekeen) opening and there’s no control over them anymore because the follow up process is not clear and the standards are not well defined.

All in all, the wheat scandal will be forgotten soon just like other scandals but the cancerous wheat is still in the market and Lebanese citizens are the only victims.