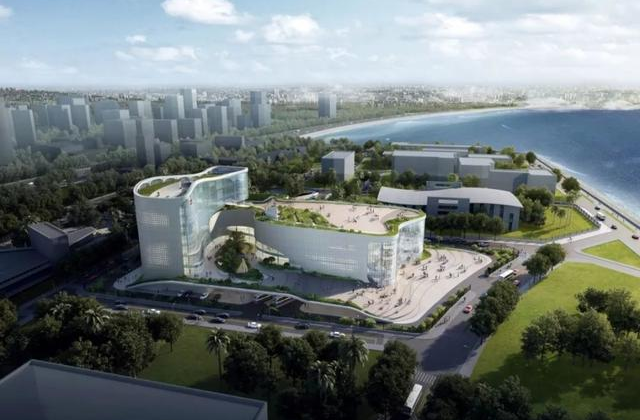 China’s Embassy in Lebanon Consul Abou Wassim, yes that’s his Twitter handle, shared recently a rendered picture of the new building of the Higher National Institute of Music in Lebanon, stating that the construction and equipping phase of this China-funded project was launched.

This project was first presented in 2018 to Lebanese caretaker Culture Minister Ghattas Khoury and is expected to become a musical city and a cultural monument for Lebanon with teaching rooms, a library, lecture and auditorium halls. It will also house a music show room with the most advanced logistical and technology equipment, which can host up to 1,200 people. The estimate cost of the project is 31.9 million U.S. dollars, fully funded by China, and it will cover 25,000 square meters in the northern Beirut suburb of Dbayeh.

I couldn’t find more information on the project timelines, but here’s a glimpse of what it will look like:

PS: I hope they will dedicate a room or a hall to Bassam Saba, for everything he has given this country and Lebanon’s national conservatory of music. Saba died last year of complications of Covid-19.