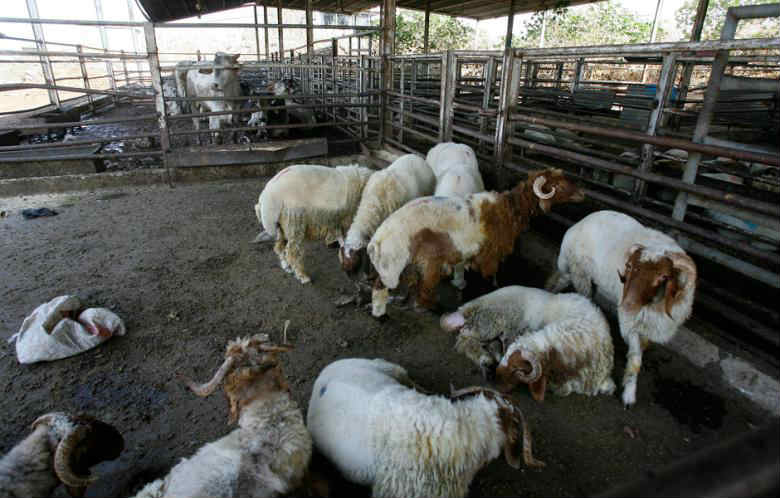 I posted this video a year ago. Compassion in World Farming visited the Karantina Slaughterhouse and were shocked by what’s happening there. Since the Ministry of Health is launching a food safety campaign, it would be a great idea to start with the Beirut Slaughterhouse where most of the restaurants in Lebanon get their meat from.

“The slaughterhouse is chaos. Everything is coated in a layer of blood, faeces and body parts. The slaughter area is heaving with people, live animals and slaughtered bodies. The sounds and smells are overwhelming.

Men grab defenceless sheep by the fleece or back leg. They fall to their knees and are forcefully dragged, one by one, to the slaughter line. Cattle are dragged by ropes around their necks. When they try to resist restraint they are yelled at and beaten viciously with metal rods. The animals are visibly terrified and in their frantic attempts to escape they slip, trip and fall, slamming their heads into the concrete floor.

Groups of sheep are forced to jump over dead bodies and wide gutters full of blood. They desperately try to force their way away from the bodies of other sheep they have just watched being slaughtered. Cows are left suspended fully-conscious by one leg for long periods of time, their faces resting in pools of other animals’ blood. They watch animals being slaughtered all around them. I wonder if they realize it will soon be their turn?”

See Also:ACs Not Working At The Beirut Airport
Posted By Najib
Categories BEIRUT,FOOD,HEALTH,LEBANON