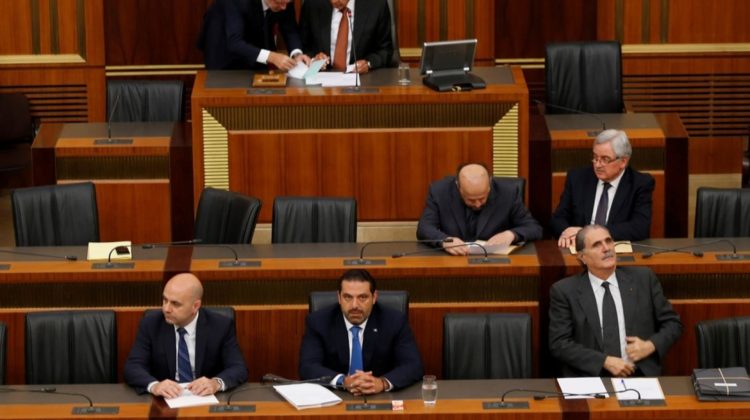 Update [October 11th 2019]: We still have no idea who hired these 5000 employees as they’re still not capable of finding a scapegoat.

The President, the Prime Minister and the Head of parliament all vowed to intensify their crackdown on corruption following the formation of the new government, yet what we’ve seen in the past few weeks are attempts to find a scapegoat for every scandal that arises.

Starting with the illegal hiring of over 4500 employees, all parties condemned it and everyone asked for an investigation, only to realize that 70% of the illegal hired employees were done by the Ministry of Education, approved in government and signed by the President. In other words, at least four parties acknowledged the hiring and are now finding excuses to justify it. Another way would be obviously to create a diversion, like the one we heard about 15,000 state employees being hired illegally instead of the 4500 we originally heard about. How did they come up with this number? God knows. Who will be held accountable for it? No one unless they all manage to find a scapegoat to pin these accusations on but it’s not as easy as it looks.

In reality, the real problem all parties are facing now is that the Lebanese state is broke, there’s no room to waste a single dime anymore and their only option is to start implement reforms to conform with CEDRE’s requirements and get their hands on the pledged CEDRE loans. Unfortunately, and given past experiences with international conferences in support of Lebanon, we’ve never really made good use of that money and I don’t see why it would be different this time.

The only “positive” aspect of this so-called anti-corruption campaign is that parties are after each other this time inside the parliament and we’re starting to realize in numbers by their own words how corrupt they are. Whether it’s the illegal hiring, the Ogero budgets, granting an adjustment to teachers’ wages amounting to 40%, the power ships, the incinerators etc …

I read speaker Berri wants to form form the Higher Council to try presidents and ministers in order to “hold accountable officials who violate the law”. That’s cute but who’s gonna run this council? Who will lead the investigations to determine who’s breaking the law and who isn’t? And assuming this council is formed and comes up with decisions or rulings, who’s going to implement them?

What’s happening right now is that they’re all trying to play nice in order to get these $11 bln from CEDRE and figure out new ways to waste them. The hard part though is to find a scapegoat to pin down on any of these scandals, but funnily enough, all parties are involved in a way or another in almost every scandal which explains the need for a new diversion (new scandal) every week or so.

All in all, when you’re serious about fighting corruption and reducing government expenses, the simplest thing to do would be cutting down on MPs and Ministers’ expenses and benefits, and halting any hiring or salary hikes. Instead of doing so, they hired 15,000 employees illegally over the last couple of years, passed a disastrous wage hike bill and now just granted teachers the “six degrees”.

We all want to be optimistic when it comes to Lebanon’s future, but we’re facing an economic and environmental disaster, the state is on the verge of collapsing and it’s highly unlikely that this government will be less dysfunctional than previous ones. One can only hope that the Lebanese voters will learn from the 2018 elections and vote more wisely next time.