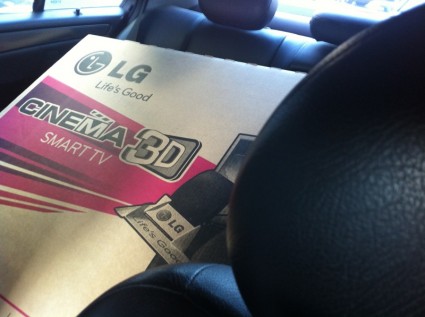 I got a call from LG a week ago asking me if I was interested in reviewing their 42″ Cinema 3D TV. I haven’t bought a TV in years but I’ve started looking for one lately as my house will be finished in 6 months time so LG’s call came at the right time. To make it even better, I asked them if I could give away the TV to BlogBaladi’s readers as an early Christmas gift instead of returning it and they were kind enough to accept! 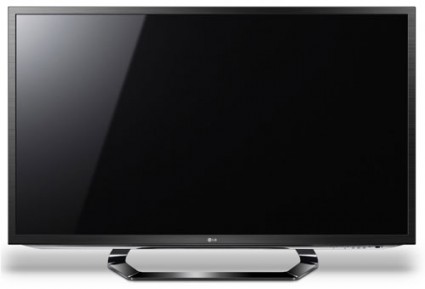 When I picked up the TV, the first thing that caught my attention was how light it is. The TV without the stand only weighs 28.9 lbs (around 13 kg) and is 35.5 mm thick. After I took it out of the box and set it up, I went through the menu quickly and noticed it has a considerable number of in-built apps and online tools, including a web browser, and shortcuts to various social media tools. While having so many services may sound like a good thing, it’s sometimes hard to toggle through those options using the buttons on the TV remote but the LG remote is very practical and has a “Home” button as well as “My Apps” and “Settings” buttons that make it very easy to access the various features. The “Home” button is the most useful one as it takes you to an LG Dashboard that contains everything you might need to access. I read online about a “Magic Remote Control” that usually comes with LG Smart TVs but mine didn’t have any. 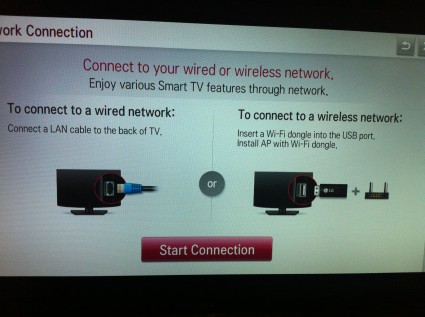 I tried next connecting the TV to my WI-FI network but I wasn’t able to as it asked me to insert a WI-FI dongle into the USB Port. I connected using a LAN cable for now but I am sure there’s a way to do it wirelessly without a dongle as I’ve read it on some reviews. I will hopefully have an answer for that when I post the full review.

Using the browser or social media tools is not very practical using the Remote Control but you could easily plug in a keyboard and use the internet and all the features. You don’t have to worry about empty slots as there’s a handful number of AV Inputs/Outputs, including 4 HDMI™/HDCP Inputs and 3 USB 2.0 ports. 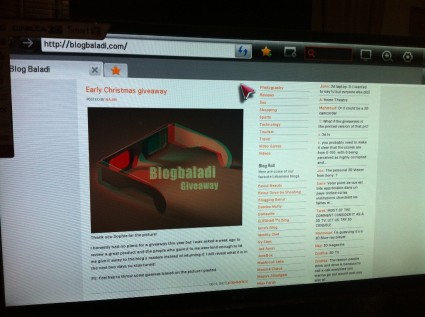 As far as the picture and sound are concerned, the quality is superior and there’s nothing much to say about that. I’ve already watched movies and tested the sound quality and 3D in one of LG’s showrooms and it’s more than you could ask for. For those of you who like to make changes, there’s a lot of flexibility in enhancing the picture and sound capability.

One of the best things about this TV is the 3D. I will not go into the details at the moment but LG uses passive 3D technology that is based on cheap polarized 3D glasses, the ones that are given to you in movie theaters today. It’s almost as good as active 3D and is a cheap and user-friendly solution. To make it even better, LG gives you 6 pairs of 3D glasses that don’t need to be recharged, which are more than enough and far better than other TVs that require 100$+ glasses.

Having said that, the question that comes to your mind is: Who’s gonna watch 3D everyday? Well I most definitely won’t be doing so but what I am dying to try is Black Ops II using LG’s Dual Play Technology. Instead of having a split screen, you can now play on the full screen. I’ve already tried it with a car racing game and it’s amazing!

To cut it short, there are a lot of features that I haven’t tested yet but my first impression of the TV is a very positive one. Here are some of the stuff I will be testing thoroughly in the next few weeks:

– Watching 3D movies every 2 days or so to see if I could get used to it.
– Call of Duty®: Black Ops II Dual Play
– Linking storage devices/PC/Tablets or Smart Phones to the TV
– Trying to play around with picture/sound settings.
– Installing and Using LG’s SMART TV Remote App

As far as the competition to win the TV is concerned, and given that it’s a a big prize this time, I am thinking of making it a bit more challenging and complicated this time and will be posting about it soon.