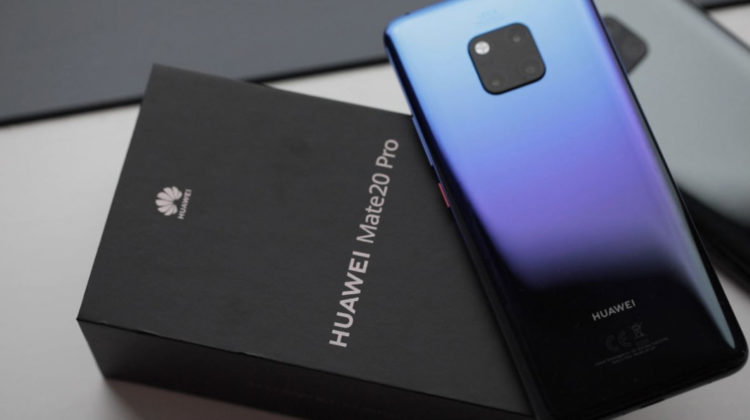 A month after using the Huawei Mate 20 pro, one can easily see why it was dubbed the king of smartphones this year and why it’s a serious contender for the best smartphone of the year title. What caught my attention at first was how beautifully designed this phone is, and how incredibly ergonomic and comfortable it is to hold and use it. In terms of specs, the Mate 20 Pro pretty much does everything but what distinguishes from other Android smartphones are four key features:

The Mate 20 series features the world’s first Leica ultra-wide-angle triple camera. Huawei dropped the dedicated monochrome lens and replaced it with a regular sensor with an ultra-wide lens, which resulted in a 40-megapixel wide-angle f/1.8 aperture, an ultra-wide angle 20-megapixel f/2.2 lens (for “Macro zoom”) and a 8-megapixel camera with a telephoto lens up to 3X optical zoom. There are so many cool features to explore on the camera, but my favorites have been so far the 0.6x focal length, the 5x hybrid zoom which was introduced with the P20, and the AI video features as well as the awesome HiVision option.

The Mate 20 Pro boasts the largest battery in the market for a flagship Android phone, a high-density 4200mAh battery. It also supports 40W HUAWEI SuperCharge which allows you to charge up to 70% in half an hour, and a 15W HUAWEI wireless fast charge, offering the fastest wireless charging in the industry. The best feature though for me is the Wireless Reverse Charge which allows you to use the device as a power bank for other devices supporting wireless charging and I’ve been using it on a daily basis over the past few weeks.

If you spot a friend with no charger or access to a plug, save them before they begin to display “Low battery anxiety” symptoms by activating this feature and placing your phone on top of theirs. Their device will then start charging. Other smartphone brands have yet to implement this option, as it is extremely handy and crucial to every modern day smartphone user. If you’re worried about overheating the phone, the HUAWEI Mate 20 Pro is certified by TUV Rheinland, a German certification organization following some of the world’s strictest safety standards. This being said, the device is ensured to charge both quickly and safely while maintaining a low temperature, so users can have peace of mind while their devices are plugged in.

It took me few days to get used to the in-screen fingerprint but it works and I’m loving it. As for the Face Unlock, it’s not a new feature and I haven’t been using it much in previous Android devices. Some phones like the new iPhone X or XS force you to use it which sucks, because you end up unlocking your phone by mistake several times per day. One way to avoid doing that is forcing a swipe to unlock when you enable 3D face unlock, which can be done in the phone settings (Under Security & Privacy –> Face Recognition).

Going back to the in-screen fingerprint, it’s not available on phones like the Galaxy S9, Note 9, and Pixel 3 and Huawei says its in-display fingerprint tech comes with Dynamic Pressure Sensing tech, which makes it 30% faster than alternatives.

While the Huawei P series has always been about cameras, the Mate series has always been about power and performance and the Mate 20 Pro comes equipped with presumably the most powerful and efficient chipset on any Android smartphone, the Kirin 980 chipset. It’s the first chipset, alongside the iPhone, to use a 7nm manufacturing process and the first to use the new ARM Cortex A76 cores and the new Mali-G76 GPU.

More power means better performance and efficiency and these will be easily noticeable on the Mate 20 handsets. If you’ve had the P20 or previous models, the experience will be much smoother on the Mate 20 Pro.

All in all, I personally think this is the best smartphone we’ve had so far this year. What I’d like to see in future models is a more enhanced EMUI and a less feature-packed and better optimized Android experience. The current Android Pie is much cleaner and faster than old versions but I’m still not fully satisfied with the overall UX experience. Other than that, it’s a phone you’ll fall in love with.