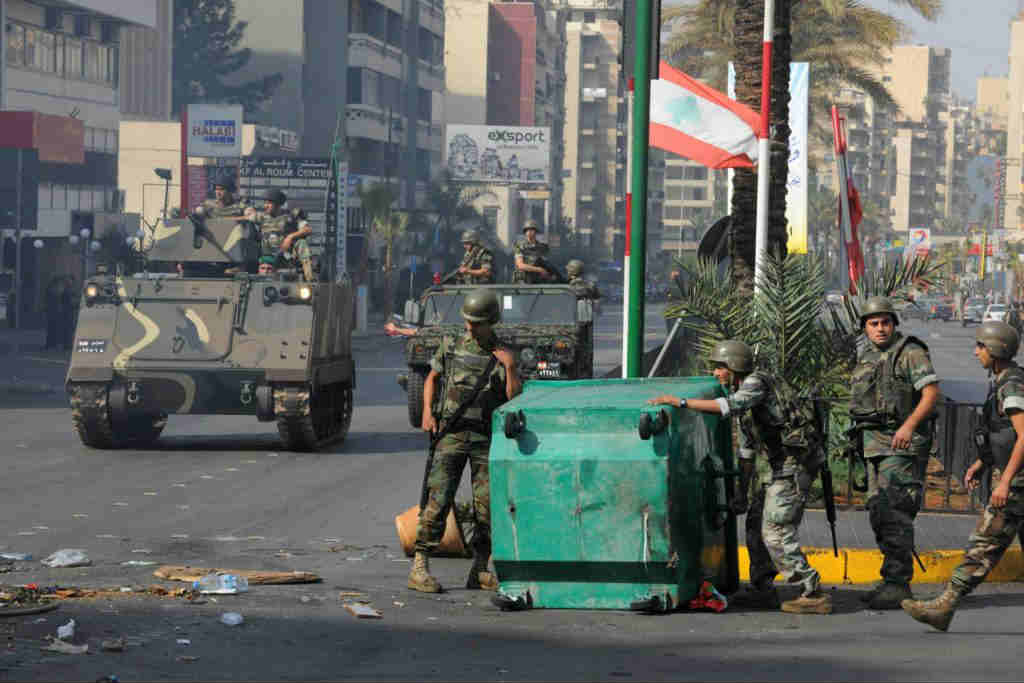 Most Lebanese, if not all of them, love and support the Lebanese Army. We trust our soldiers because they’ve united the country around them, they’ve protected us from terrorists despite being under-trained and under-equipped, and they’ve prevented a new civil war from erupting on several occasions, despite all the politics involved. Having said that, TV host Faisal al-Qassem’s attack on the army is a cheap and sleazy one but we shouldn’t have reacted by storming al-Jazeera’s offices. A nice reminder of what our army has achieved throughout the past ten years is the best way to silence Qassem:

1- Prevent a new civil war in Lebanon:
Lebanese are divided on almost everything except the Lebanese Army, because it is the only side that is capable of calming things down and is the only institution Lebanese trust. Even though politics have created obstacles for the army, they’ve always managed to diffuse the situation and bring back peace whenever and wherever there’s trouble in Lebanon.

2- Keep things under control in the 2006 war:
The Lebanese Army did not engage directly with the Israeli army back in 2006, but instead helped control the situation internally by providing aid to civilians, and keeping order in all the cities, noting that almost 1 million Lebanese had to relocate within the Lebanese territories during the July war. Despite all that, 49 soldiers were killed by Israeli airstrikes.

3- Defeat Fath el Islam in 2007:
The 2007 battle between Fatah el Islam and the Lebanese Army was one of the fiercest battles since Lebanon’s civil war and the LAF emerged as a winner against all odds. Our troops were under equipped, had to cnovert UH-1 helicopters into bombers, and were up against highly trained and heavily equipped terrorists yet they’ve managed to take control of the camp after more than three months of heavy fights. This victory was praised regionally and worldwide as few armies were able to confront and defeat terrorists the way our brave troops have done so. The death toll was a heavy one though, as 155 commandos and infantrymen died.

4- Prevent Da3esh and Jubhat al Nousra from entering Lebanon:
The battle is still ongoing against ISIS and other terrorist cells coming from Syria but the Lebanese Army has the upper hand now and is working day and night to keep these groups away from Lebanon. Let’s not forget as well the work they’ve been pulling all around Lebanon, in coordination with other security forces, to catch terrorist cells and prevent future bombings.

These are only four achievements, but they are more than enough to silence anyone criticizing the army, whether in Lebanon or abroad. Last but not least, here’s one of the many songs that Lebanese artists have sung in support of the Lebanese Army. I don’t like them usually but I am sharing this one benkeyé bi Al Qassem.