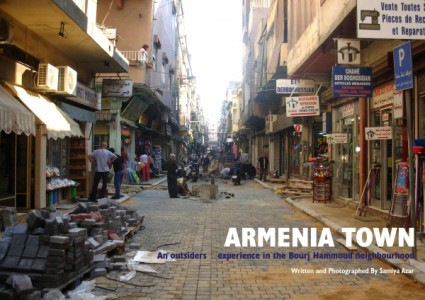 â€œThe Bourj Hammoud municipality has asked foreign workers â€“ whether they are Syrian, Egyptian, Sri Lankan or Filipino â€“ especially those who do not have identification papers and official or registered lease contracts, to evacuate the region”. [NowLebanon]

Some are saying that this is a racist decision; others are saying it’s a purely political one, but anyone who knows Bourj Hammoud and what’s been going there lately cannot but fully support this decision.

Bourj Hammoud’s municipality has already formed few months back volunteer groups to help protect citizens from crimes and thefts (a job the ISF should be performing) and is doing a great job so far, but the situation has become unbearable lately and it’s only logical to kick out those thugs.

It is worthy noting that this decision has been taken against known groups of people and not against families living in Bourj Hammoud.

I hope other municipalities follow Bourj Hammoud’s example and protect their towns and citizens the same way.

Update: Statements from Tashnag following this decision re-assured that those measures are to be taken against illegal foreign workers and not foreign workers in general.