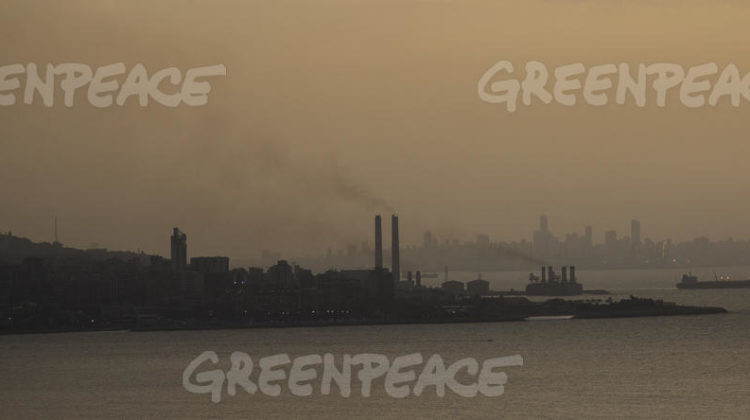 Greenpeace released an analysis of satellite data gathered from 50 cities around the world, and Jounieh turned out to be among the world’s top hotspots for nitrogen dioxide pollution, along with Dubai, Riyadh, Baghdad and Cairo. Jounieh also ranked 23rd worldwide and the whole Keserwan & Beirut coast showed considerable pollution levels.

I’ve lived in Jounieh my whole life and could never understand how they were able to ruin such a beautiful bay. Instead of preserving the beaches and attracting tourists, they built a freaking power plant and are bringing in further power ships, not to mention emptying the whole area’s sewers in the sea and allowing resorts and developers to eat up the shores.

You can check the full report [here].