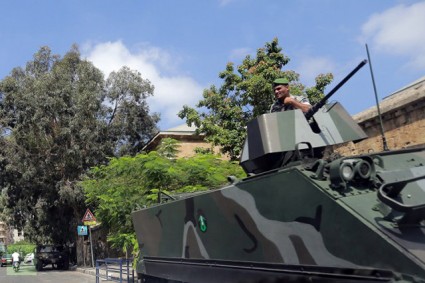 Security measures were bolstered outside the French embassy and near the ambassador’s official residence on Wednesday over fears of a backlash after the publication in France of cartoons mocking the Prophet Mohammed. Lebanese armored personnel carriers deployed near the mission and outside the Pine Residence in Beirut, where the ambassador resides.[Naharnet]

Personally, I am against such movies/cartoons but I am also against calls to ban them, at least in countries where freedom of speech is sacred. I don’t understand how such a silly and lousy movie could spark such violent demonstrations and even lead to the murder of an American ambassador in Libya.

Those demonstrations and riots are only damaging Islam’s image and turning the movie maker into a popular figure.

Having said that, I agree with Mustapha that “we need more, not less cartoons and videos that “insult” Muslims. Muslims need once and for all to be desensitized & grow thick skins”.

The best way to fight the likes of Sam Bacile and Charlie Hebdo is by ignoring them.