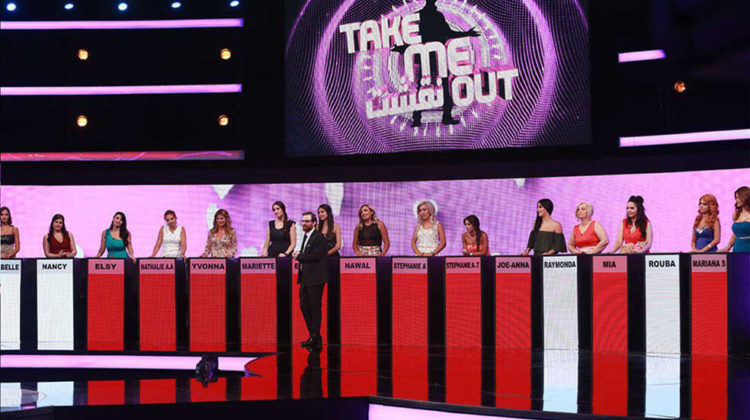 “Na2ashit” is basically the Lebanese version of “Take me out”, a popular dating game show in Australia and the UK. It started broadcasting on LBC few weeks ago and it is presented by singer and actor Fouad Yammine. The show features 30 women trying to score a date with a man.

To be honest, I struggled to finish the first episode and I saw a couple of videos being shared from the second episode but I partially disagree with some of the negative critics I’m hearing, especially those who are saying that it’s disrespectful to women.

Yes the show is demeaning to women and men, but then again these men and women have willingly accepted to take part in it and if they’re fine with embarrassing themselves in public, then that’s their call not ours. The only part that is really annoying me and I wish it would stop is the host’s commentary and all these filthy jokes and flirting lines he’s pulling. I have yet to understand why he’s pulling all these lines but this needs to stop.

“Take me out” is a very popular show abroad even though though it got reviewed negatively at first and I’m sure a lot of Lebanese are watching and enjoying the show right now. Most people I know fail to identify with the women behind these podiums but these are part of our society and if that’s their idea of going out on a date, then good for them.