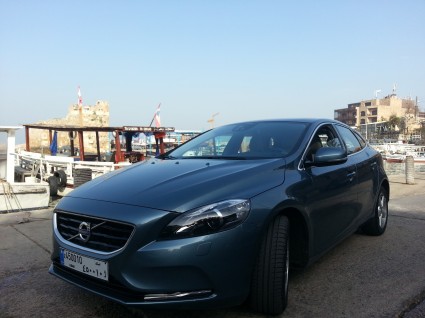 As mentioned earlier, I’ve been test driving the 2013 Volvo V40 throughout the weekend and it’s been a lot of fun. Knowing that Volvos are reputed to be the safest cars in the world, I thought I test it out by making a small car jump and I knew the perfect place to pull that stunt! 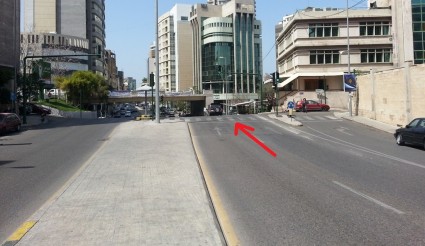 The place is in Achrafieh on Charles Malek’s Avenue, and to be more specific the road from Roadster Diner Achrafieh towards Tabaris. As you can see from the picture, the road is straight at first then goes down a bit, then up and then goes downhill all of a sudden. The reason why I picked this spot is because a friend of mine tried jumping with his old GMC few years ago and it worked but he ended up with a broken suspension and no tires (True Story). So the test will be to see if the Volvo makes it in one piece. 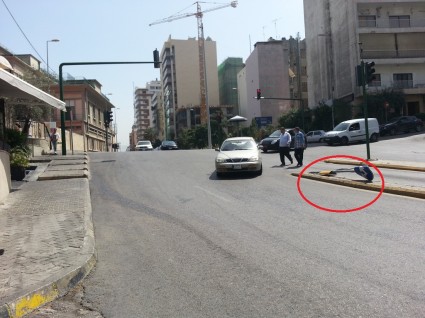 The tricky part was determining the speed needed to let the car jump since the road doesn’t go downhill that steeply so I called and asked my friend and he told me I should be doing over 120kph to make that jump. The V40 needs around 5-6 seconds from 0 to 100 so I designated my starting point at Roadster’s. I also made sure the gas tank to be almost empty before the stunt as it will be easier for the car to jump. 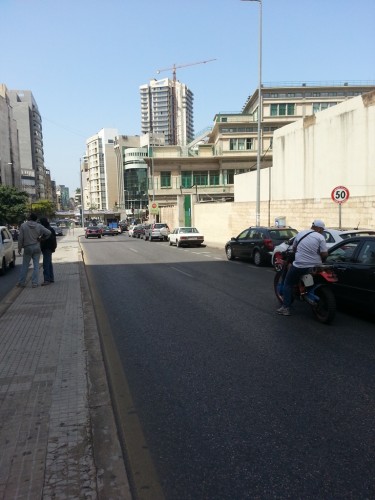 The only worry I had was to hit the road separator in the middle that you can see below. Also and knowing that the car is a relatively low from the front, I expected some damage to take place in that area. 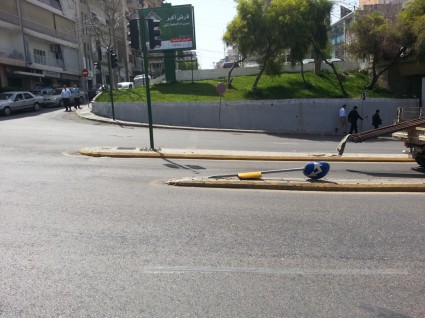 Anyway I borrowed my friend’s bike helmet and headed to Achrafieh this morning around 5 am to make sure that the roads are empty. I had a couple of friends monitoring the roads for me before giving me the green light. By now, I am sure most of you want to know how the jump went. I am uploading the video as we speak and will post it in around 15-20 minutes (Blame the slow internet uploading). Stay tuned!