Three key events have helped put the civil marriage topic back on the table in the past few weeks in Lebanon: Kholoud & Nidal’s attempt to register a civil marriage, President Michel Sleiman’s stances and Mufti Qabbani’s unacceptable remarks on civil marriage. However, despite all that, I still believe we are far from legitimizing civil marriage in Lebanon due to many obstacles, mainly the influence of religious authorities and the lack of officials (MPs/Ministers/Politicians) brave enough to take the initiative.

One should not also forget the buzz created by Lebanon’s online community following Kholoud and Nidal’s marriage as it was and still is very important to keep the topic alive and put some pressure, even if limited, on officials and politicians. For example, the Facebook Group “تزوجنا مدني … و عَ قبالكن” has surpassed 16,000 members in just few days and the unilateral support for legalizing civil marriage on Twitter and Facebook has exceeded all expectations. 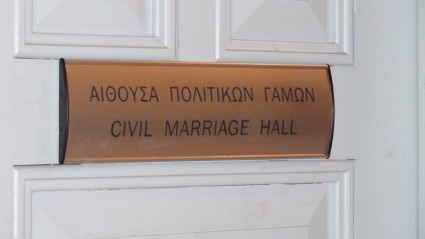 Nevertheless, while I agree with Mustapha that the solution can come through a long-term “facts on the ground” strategy, ie doing little things like allowing people to strike off their sects from their ID cards (God bless you Ziad Baroud indeed!), we need at least 10 more Ziad Barouds in key positions to stand a chance at passing a legislation in favor of civil marriage.

Added to that, sectarianism is at its highest these days in Lebanon due to tensions regionally and locally, a factor that is forcing many MPs and Ministers, including PM Najib Mikati, to stay away from such adventures (Not that I agree with them).

So the fight is long and I believe we have to wait at least until elections are over to witness any change in this subject.

PS: When I said we need a change in the candidates for the upcoming elections, Myriam Klink was not what I had in mind.