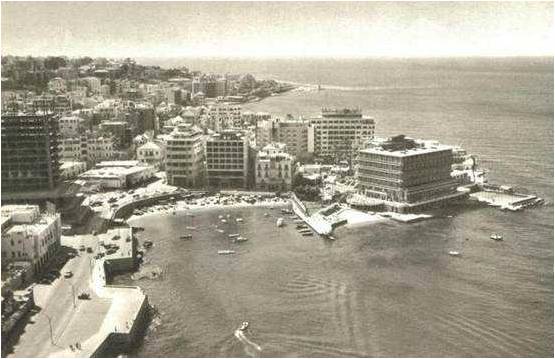 The oldest picture of Phoenicia I was able to find. It was taken before the grand opening in 1961

Phoenicia Beirut was celebrating its 50th anniversary around the same time four years ago. This majestic landmark at the heart of Beirut was inaugurated back in 1961 by the Lebanese businessman Najib Salha and was one of the best (if not the best) hotels in the whole area. The hotel was a victim of the Lebanese civil war and had to close down for almost 25 years before it reopened back in 2000. Throughout this post, I traced back Phoenicia’s history in pictures from the glorious 1960s, the dark era between 1975 and 1990 followed by the reopening in 2000, Hariri’s bombing in 2005 and the revamp completed in 2011. I finally added a picture from 2013 and a recent photo I took 2 weeks ago.

Throughout the years, Phoenicia has appeared in numerous movies including the 1965 Mickey Rooney film Twenty-Four Hours to Kill in 1965, Agent 505- Todesfalle Beirut in 1966, Circle of Deveit in 1981, Je Veux Voir / Badeh Shouf with Catherine Deneuve in 2008. The famous Rock band Scorpions shot their song “When you came into my life” in Phoenicia as well.

Picture taken at the grand opening – via Phoenicia website 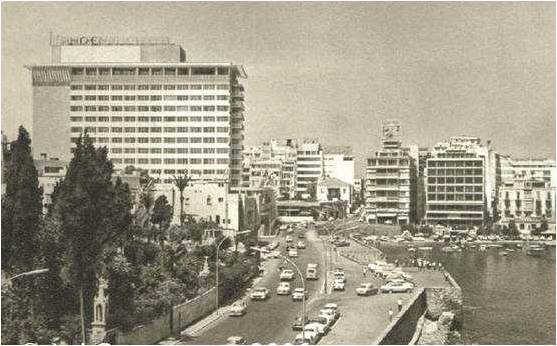 Another picture from 1964 – via Levantium 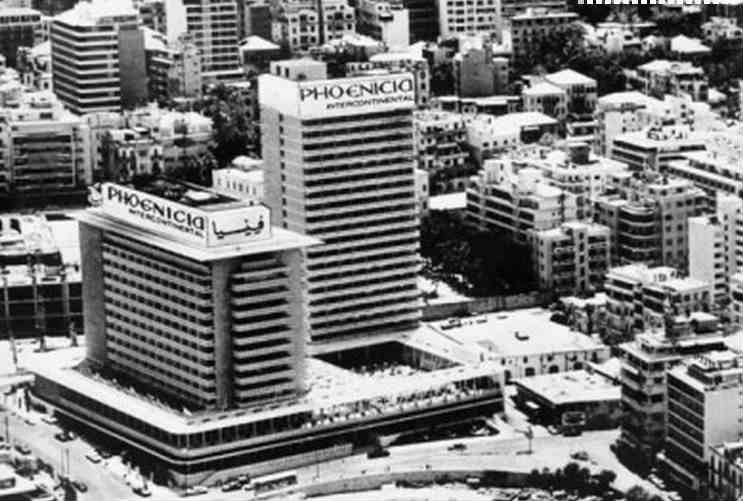 Addition of the Roman Tower in 1967 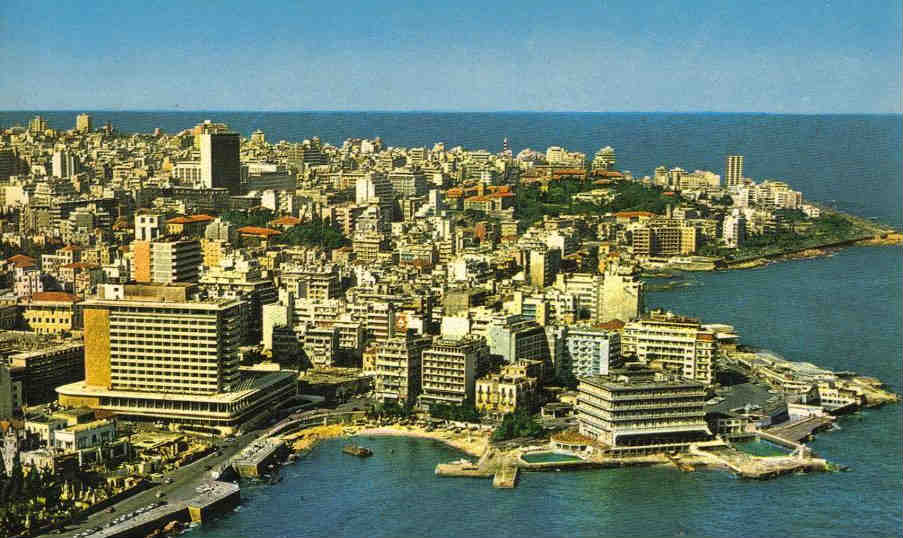 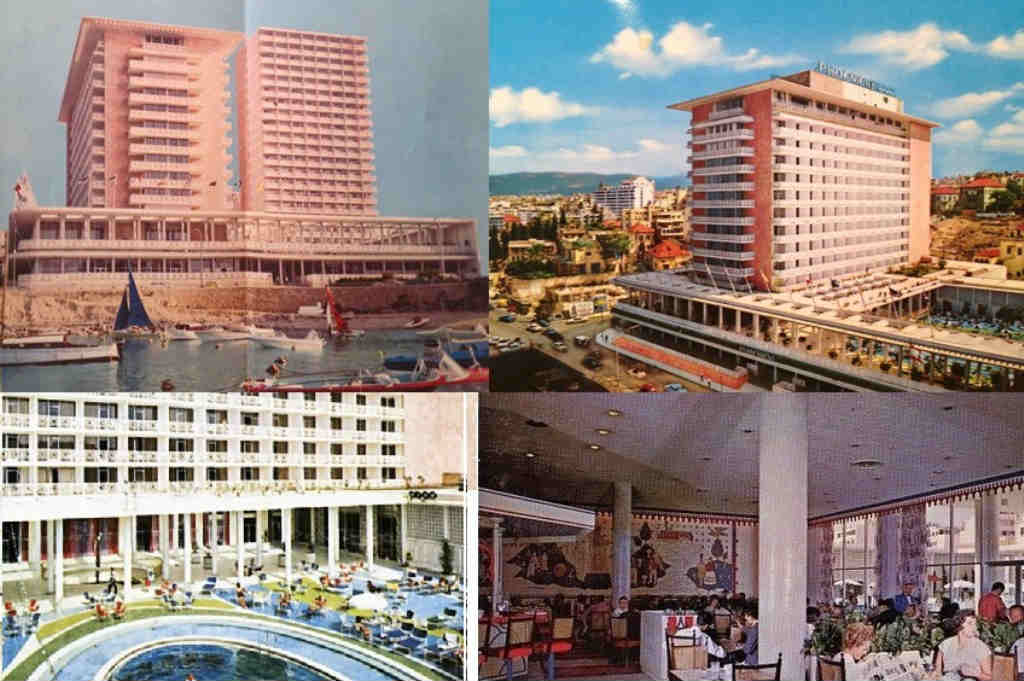 Pictures from the 1960s showing the pool, Mosaic restaurant and a rendering of the hotel – Source 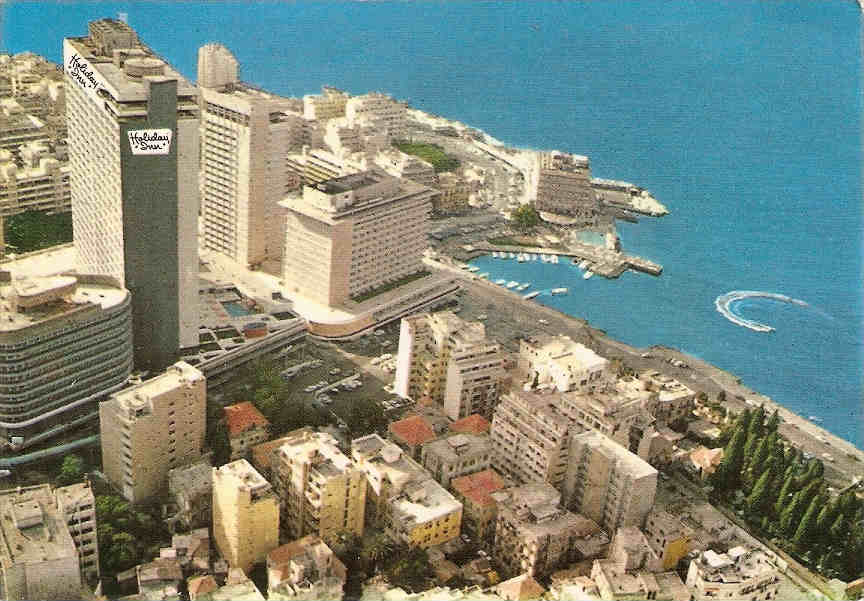 Aerial view of Phoenicia in 1974 – via OldBeirut 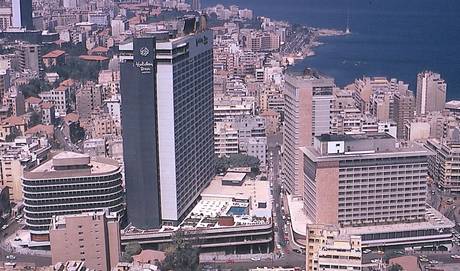 Another aerial view taken in the 1970s 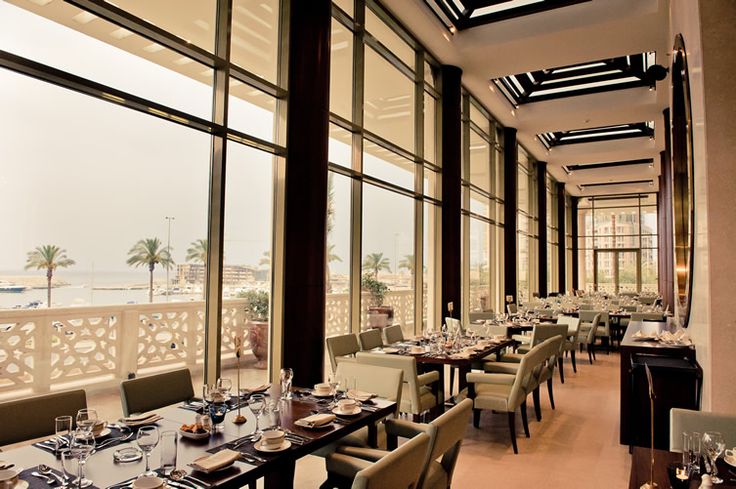 The hotel unfortunately turned into a battlefield during the civil war and had to close down for almost 25 years. The below 3 pictures are the only ones I was able to find that show the damages inside the iconic Phoenicia hotel. Via hoteliermiddleeast 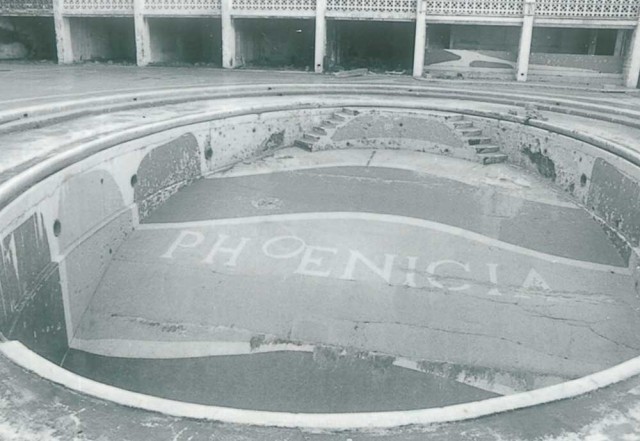 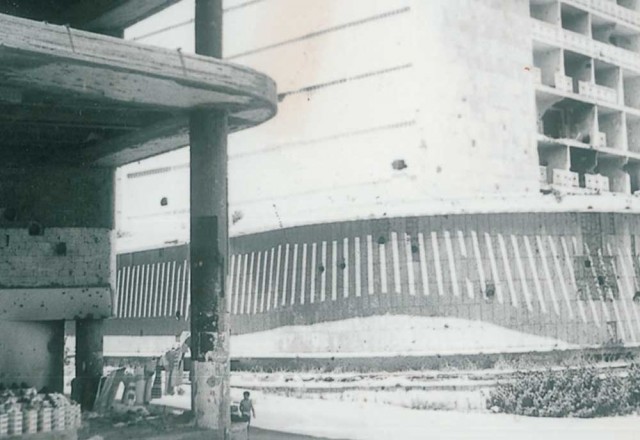 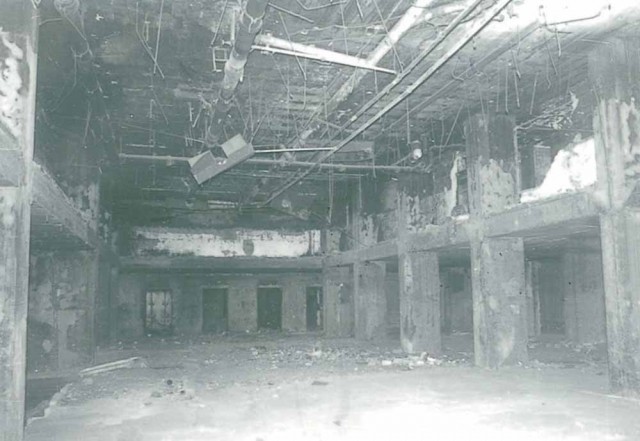 Phoenicia Hotel finally reopened in March 2000 with the addition of a third tower. 2000 was also the year I graduated from school and we were the first school to hold a prom night at Phoenicia, a night I’ll never forget! 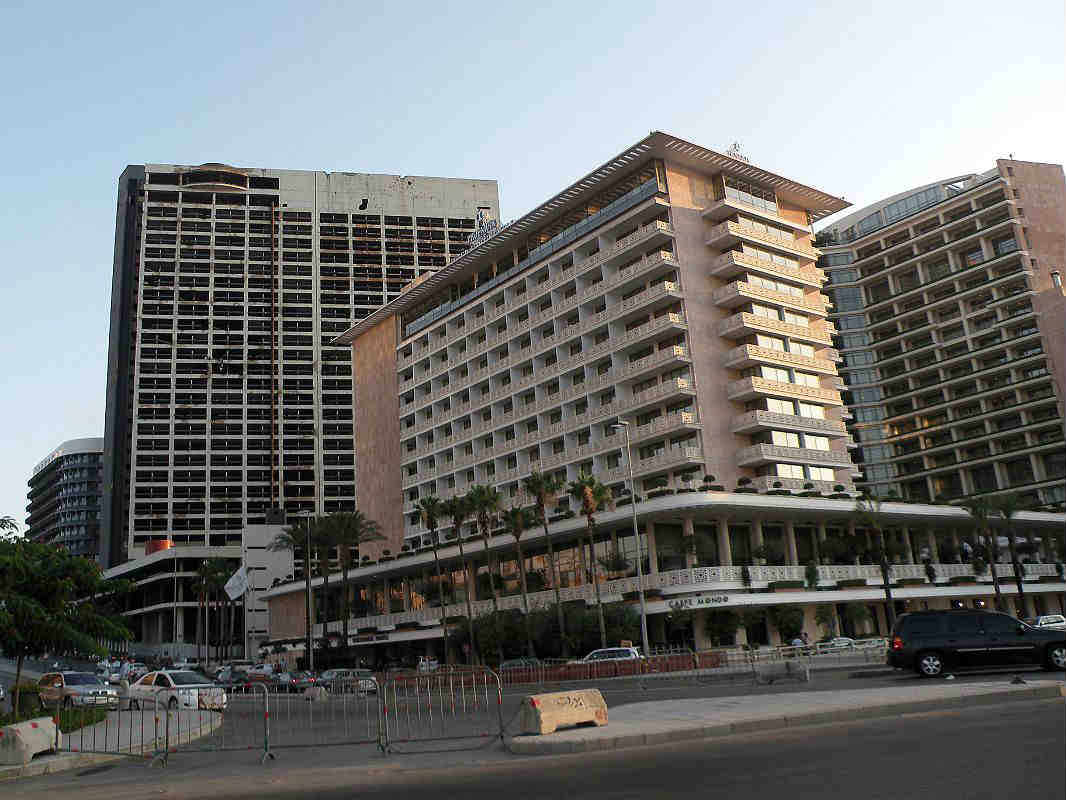 In 2005, Phoenicia was damaged in the 2005 bombing assassination of Rafik Hariri and had to close down for 3 months. One of my friends who happened to be there that the bombing shattered all the hotel’s windows.

Phoenicia celebrated its 50th anniversary in 2011 after a $50 million revamp was completed. 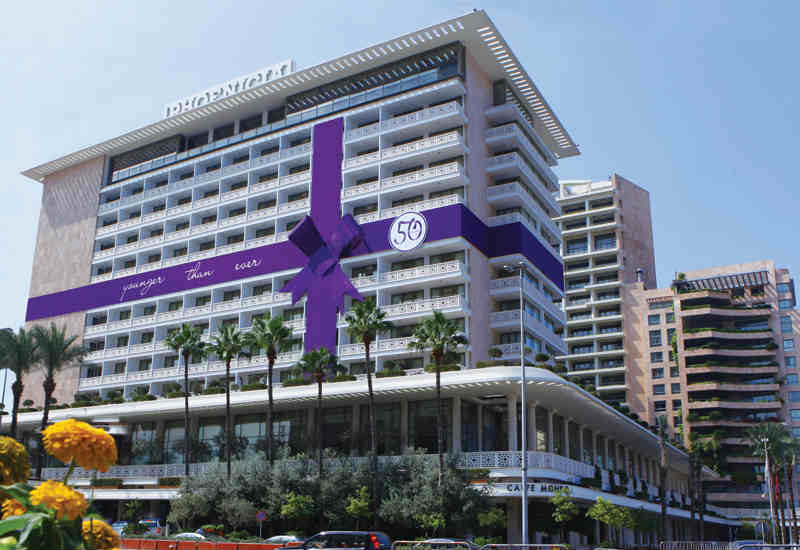 Here are the most recent pictures of Phoenicia taken in 2013 and 2015. 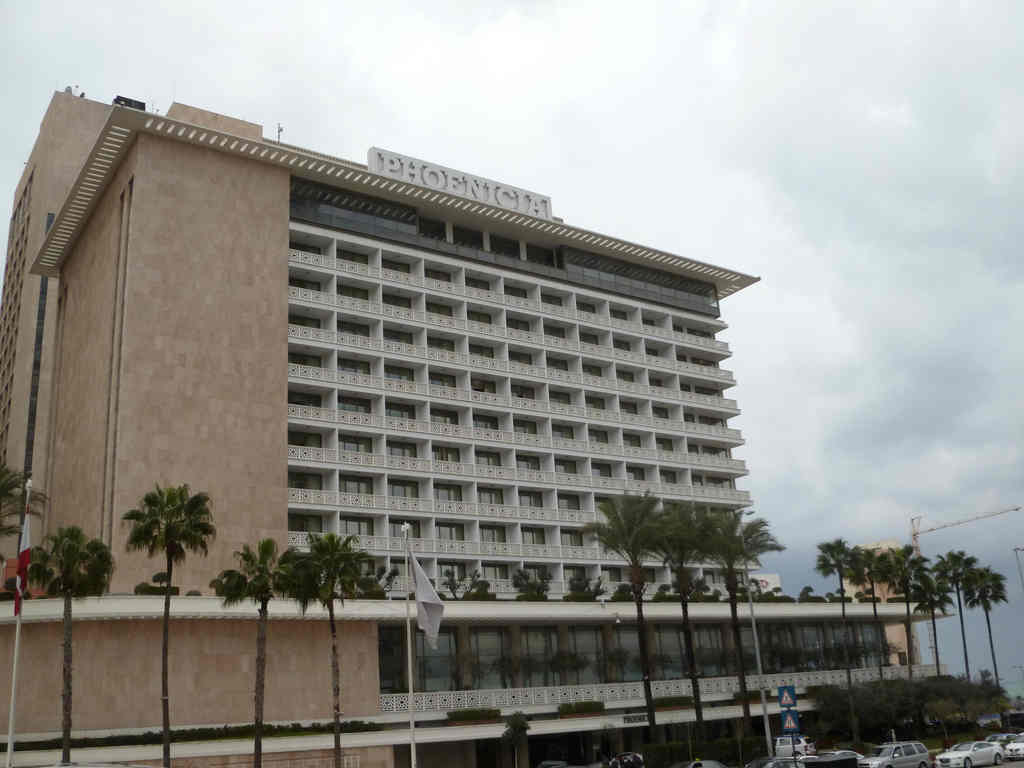 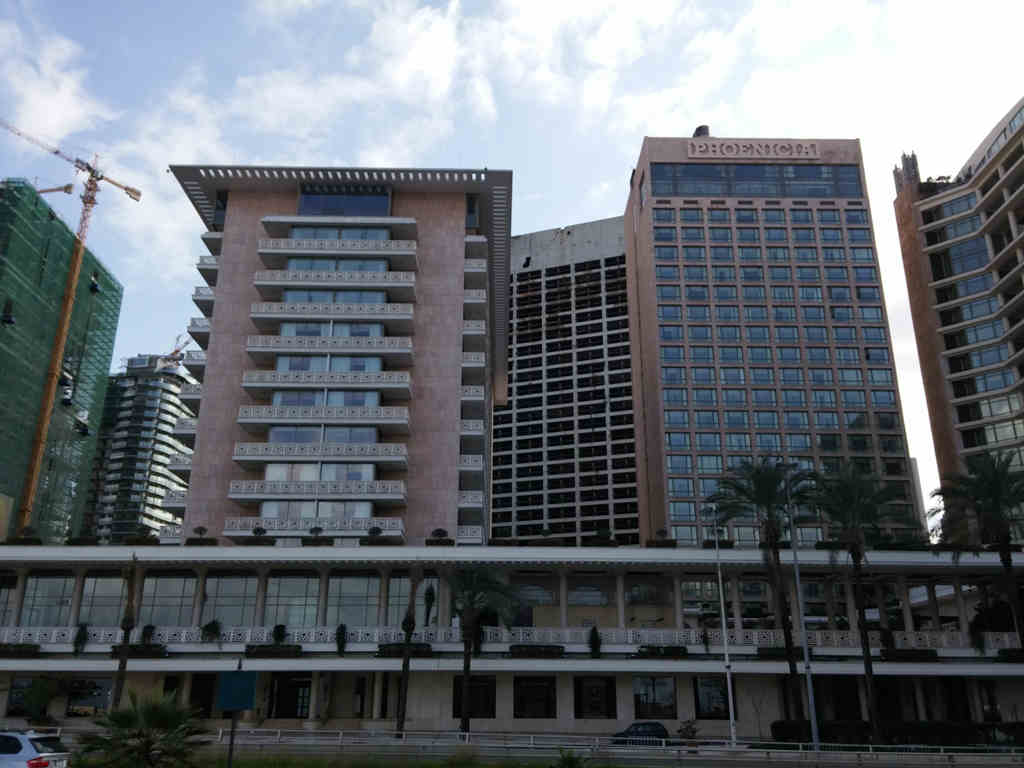