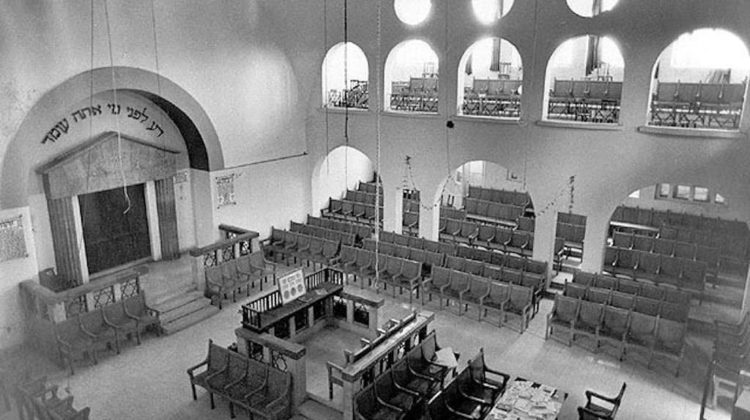 Most of the Lebanese Jews lived in Beirut but there were also communities in other cities like Saida and Tripoli and there are still intact synagogues mainly in Saida, Bhamdoun and Deir el Qamar. The Synagogues in the Chouf area were built to serve the local Jewish population, some of whom were part of the immediate entourage of Fakhr-al-Din II.

Our friend Jad Ghorayeb paid a visit to The Synagogue of Bhamdoun last week and took some awesome pictures that I thought are worth sharing. Before doing so, here’s some info on the Synagogue taken from Al-Jazeera:

The Synagogue of Bhamdoun is still intact enough to give a sense of what once was. Outside, grand steps leading up to the building’s patio are overlooked by two large tablets bearing the 10 commandments in Hebrew.
.
Inside, a chipped, raised stone slab indicates the former presence of a bima, the equivalent of a mosque minbar or church pulpit, where sermons, speeches and the Torah would likely have been read. A few metres away, in the middle of the main wall, is a fireplace-like recess flanked by columns that was likely the “holy Ark”, where the Torah scrolls would have been kept. The deep royal blue paint marking out this sacred area is peeling.
.
A gallery on the second floor, covered in rubbish from various vagrant inhabitants, marks out where the women would once have sat. Known as the New Temple because it was one of the last synagogues to be built in Lebanon, Nagi Zeidan, (a Lebanese historian who is writing a book about the country’s Jews) dated the Bhamdoun synagogue – once the largest in Lebanon – back to 1922. 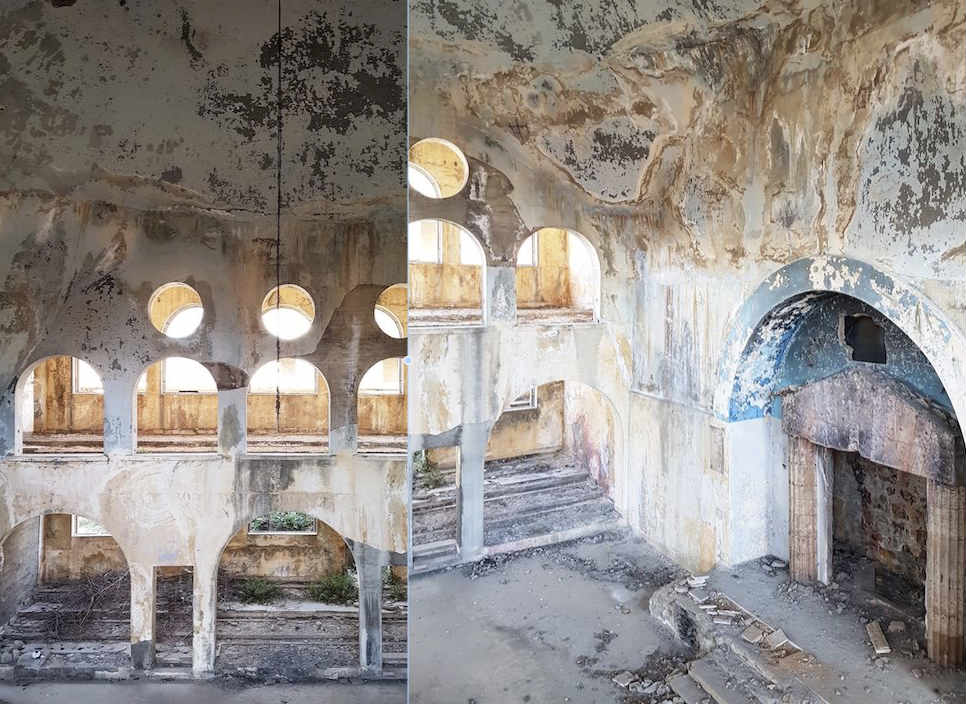 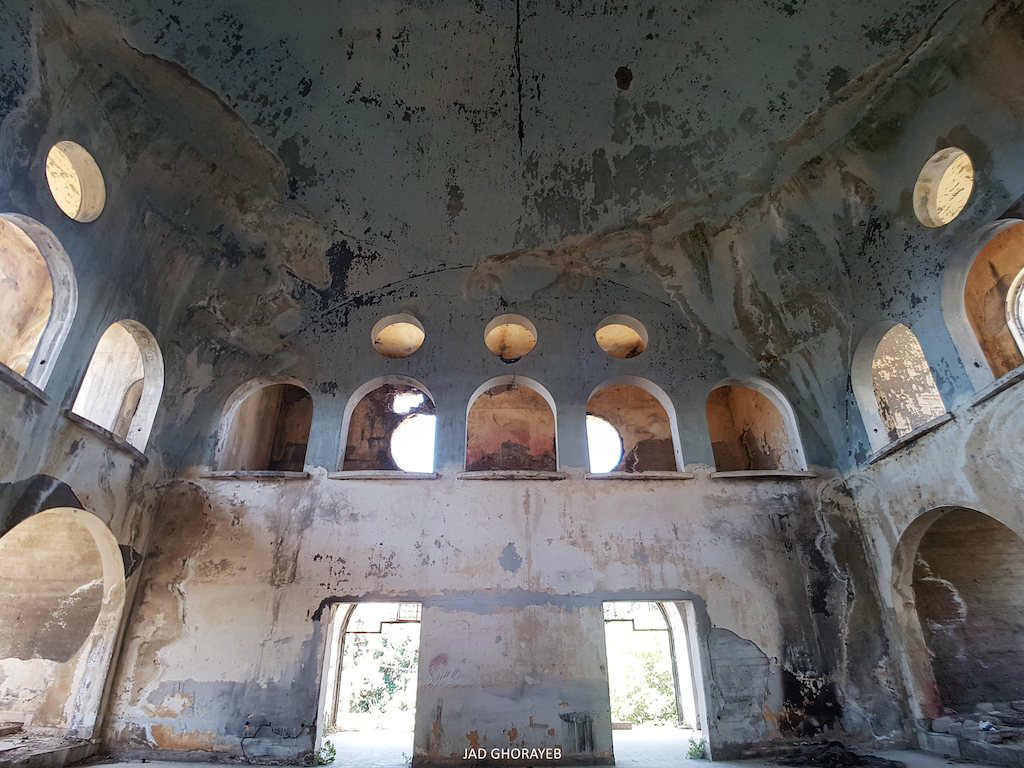 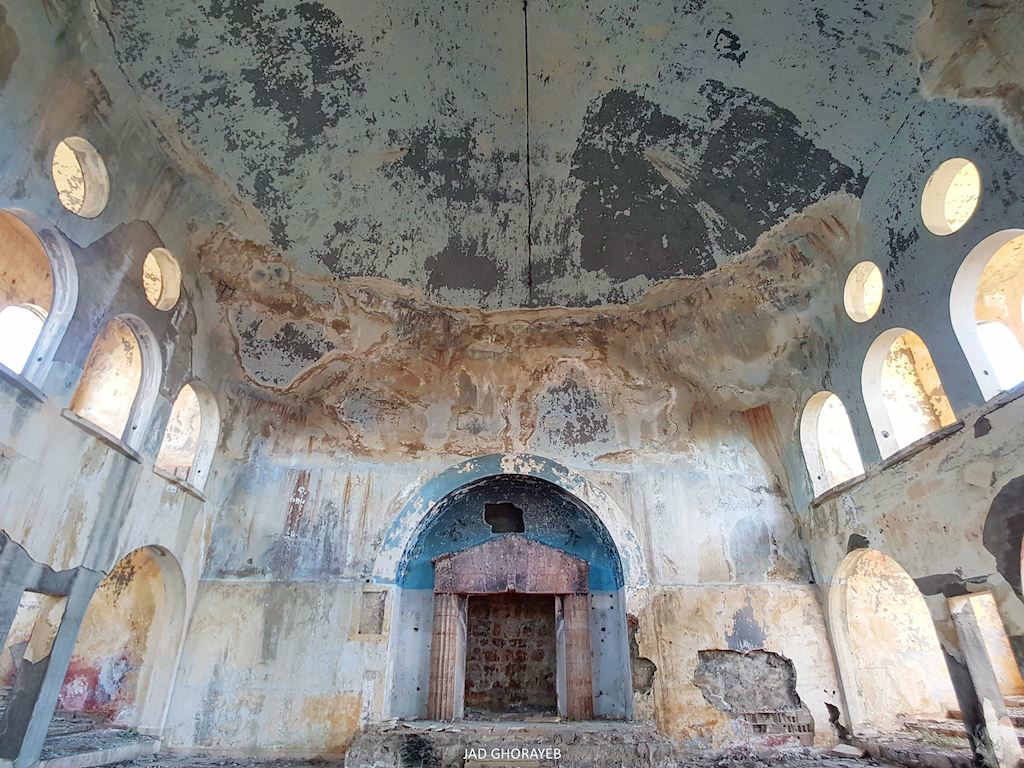 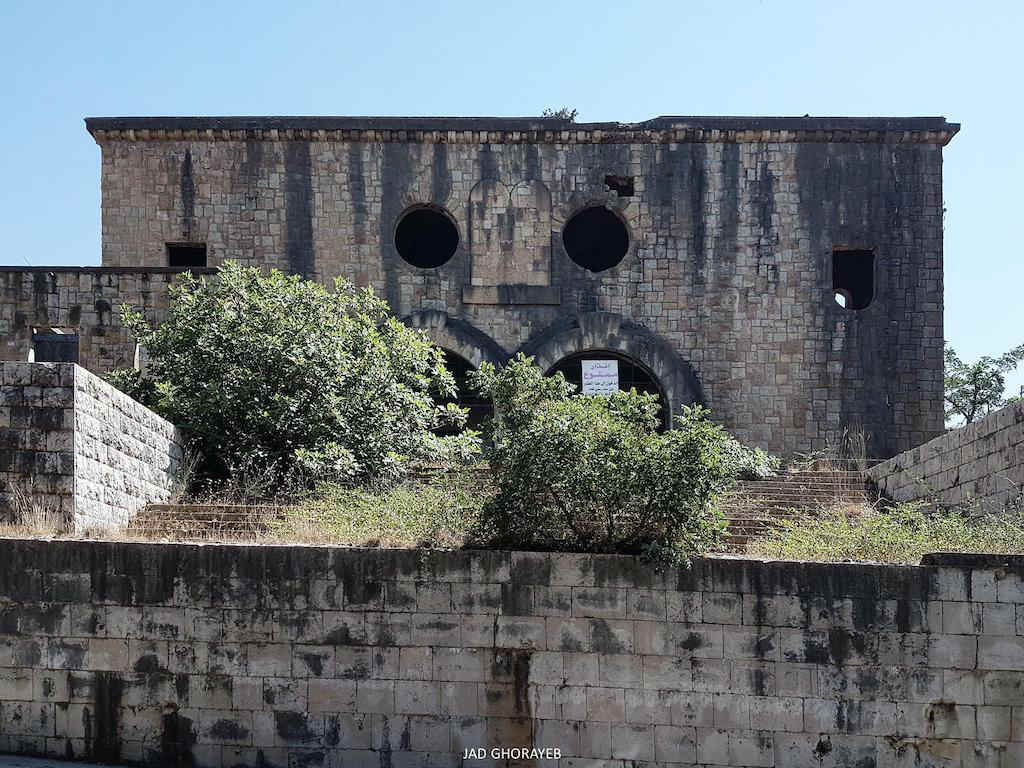 I also found a recent video of the Synagogue shared on the Lebanese Jewish Community Council: