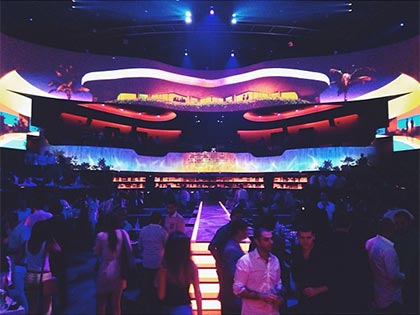 A few months ago I got a tour of O1NE in Beirut while it was still under construction. Back then the graffiti work covering the building was nearly done but the inside was just bricks and dirt. Even though while getting the tour I was being described how the interior would eventually end up looking like it was still pretty difficult to visualize. Fast forward and a few months later I’m in Abu Dhabi for the Formula 1 weekend. While still at the airport waiting for my bags to come out I starting chatting on Whatsapp with a friend from Lebanon. I was telling them I had just landed in Abu Dhabi for the weekend when they proceed to tell me to check out O1NE since it had opened the night before. I had no idea O1NE was opening in Abu Dhabi yet alone it was going to open before Beirut so I was caught a bit off guard. While still on Whatsapp I sent a message to my contact at Skybar asking him if he happened to be in Abu Dhabi by any chance for the opening and turned out he was. 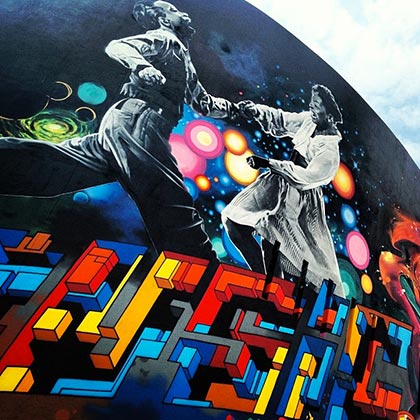 That same night while heading to the F1 practice sessions I spotted O1NE on my way to the track. The exterior was practically identical to the Beirut one, a large oval shaped building covered with graffiti all around. I didn’t end up passing by O1NE that very night but I did the following evening.

When I was first given a tour of the Beirut location they told me how their interior would be very special since it would be surrounded by blank white walls on which 3D video mapping would be projected. The idea was pretty simple, with just a click of a button they would be able to transform the interior from one mood to a completely different one and just like that change it again and again. I got to O1NE in Abu Dhabi that night early at around midnight and the first thing that grabbed my attention was the beautiful interior. Since it was still early and the music was still pretty chilled the interior had a beautiful sunset setting projected onto the walls as you can see in the video above. It was like nothing I had seen in a club before with the 3D video mapping covering the full 360 degrees of the interior. As the night progressed and the music started to speed up the wall mapping progressed as well. 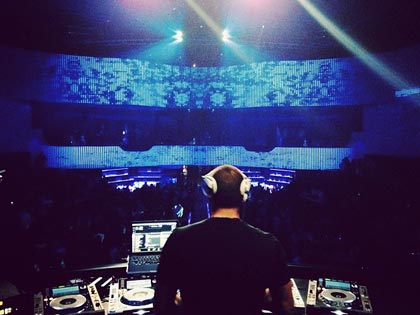 That weekend a bunch of different performers were coming in every evening, the night I was there Tyga and John Martin were supposed to be performing but Tyga missed his flight due to the shooting that took place at the LA airport. I honestly had no clue who John Martin was until he started singing and then I recognized his song. He was actually pretty enjoyable to watch and as you can see in the video above the crowd who were pretty much wasted were having a blast. Actually I just watched the video for the first time now since recording it and there are a whole bunch of interesting characters and things that take place in the background so pay attention. 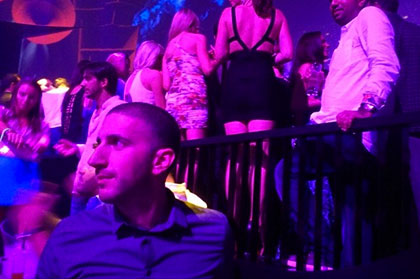 Me acting too cool for the ladies in the back

O1NE Beirut is being targeted for a December 19th launch but the date is not official yet. I’m sure Najib will keep you guys posted on the exact launch date once it’s been finalized.

Uruguay Street is Back ...

MusicHall to launch in Saudi Arabia on June 15, ...

De Prague Hamra is Shutting its Doors on August ...