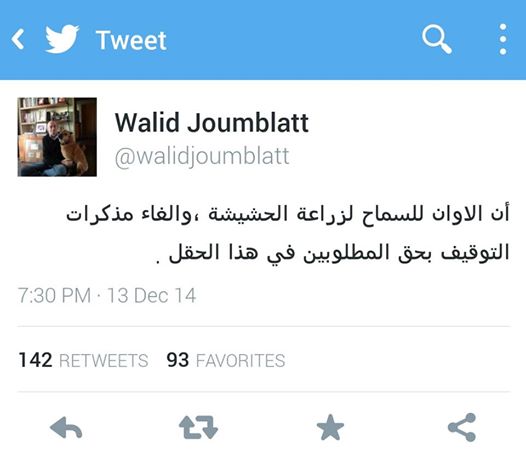 I posted almost a year ago that I am all in favor for legalizing marijuana in Lebanon but I don’t think it’s the right time to do so and we need to have a serious proposal done by a minister or MP, and by that I didn’t mean a random tweet! Legalizing Marijuana is not that simple specially with all the armed groups present in Lebanon and the ever increasing corruption.

In all cases, I still don’t think it’s the right time for such a move and I am definitely not in favor of dropping charges against hashish dealers and growers. It’s not responsible to ask for such a thing at a time where the country doesn’t have a president or an electoral law, not to mention that our neighbor is at war, terrorists are everywhere and the borders are not safe.