Most of the Lebanese Jews lived in Beirut but there were also communities in other cities like Saida and Tripoli. In fact, there were around 1,500 Jews living in Saida in the early 1970s according to Nagi Georges Zeidan, who memorialized Lebanon’s Jewish community by researching its history and creating a database. Unfortunately, the last Jewish family in Sidon, the Levy family, left in the early 1980s and the synagogue was abandoned and has become ever since a shelter for Palestinians refugees.

One of those refugees was called Jihad Al-Mohammed and I found his story, who was published on pri.org quite fascinating. 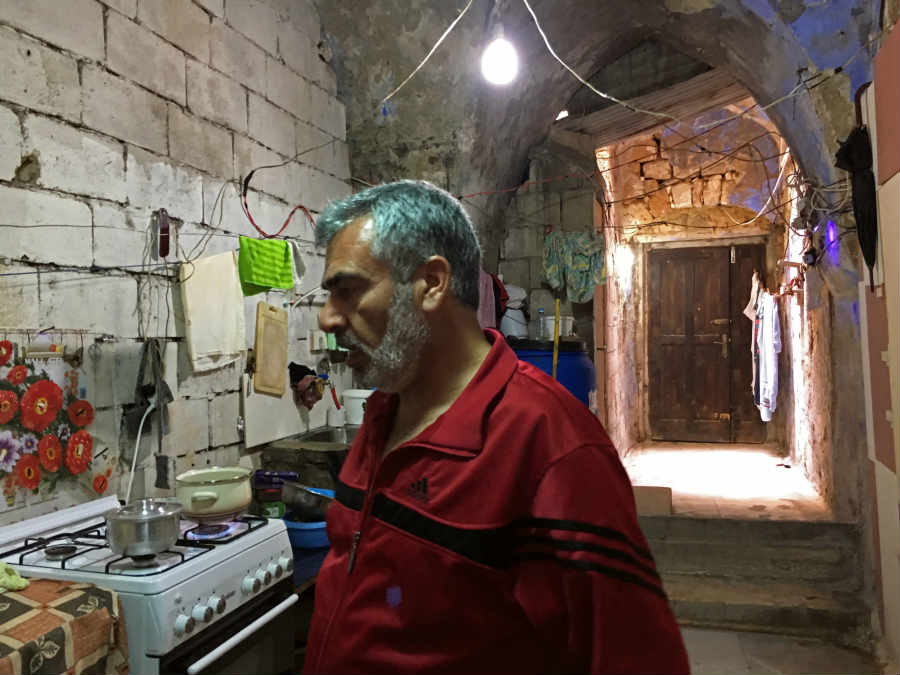 Jihad Al-Mohammed in his kitchen. He has a flat screen TV and a WiFi router where the synagogue used keep its Torah scrolls. Photo Credits: Rebecca Collard – via PRI.ORG

Jihad Al-Mohammed moved into the abandoned Synagogue in 1990 but it took him nearly 10 years to realize what this abandoned building was, despite the Stars of David on the wall and area being called “Haret al-Yahud” or the Jewish Quarter. When tourists started visiting his place and asking him questions, he finally realized what it was. 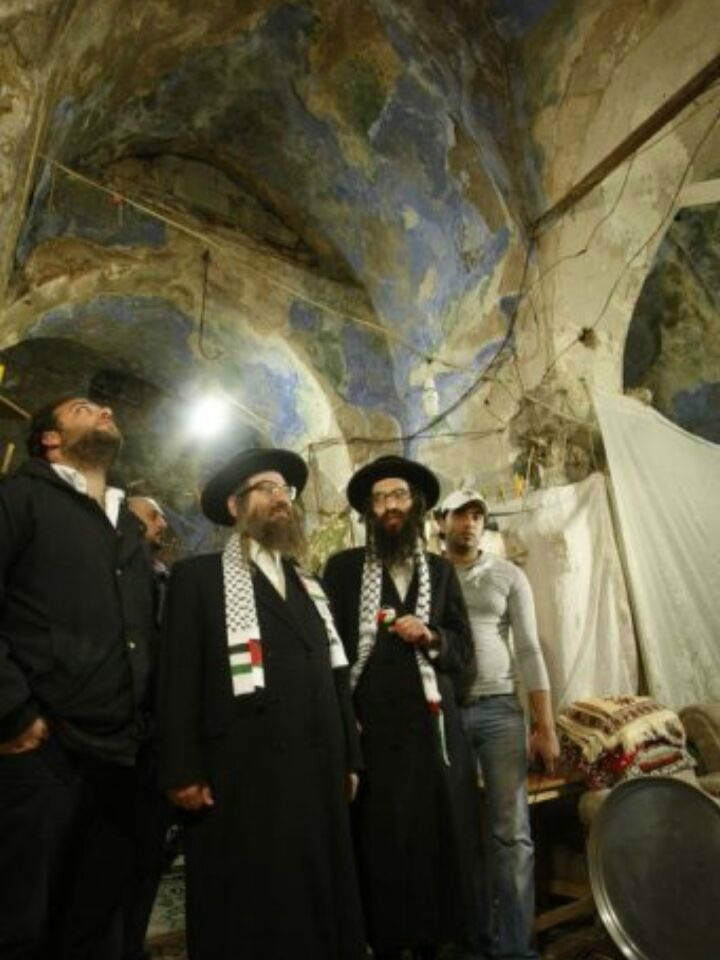 Mohammed considers the Synagogue as his home and has no plans to leave it anytime soon. He divided the building into different rooms and turned the main area into a living room. “Mohammed has photos on his phone of the many visitors he’s received over the years — from the US, Canada and Europe”. In 2012, prayers were said for the first times in decades in Saida’s Synagogue after two Rabbis visited the Synagogue. In 2015, Sidon’s Jewish cemetery got a face lift. 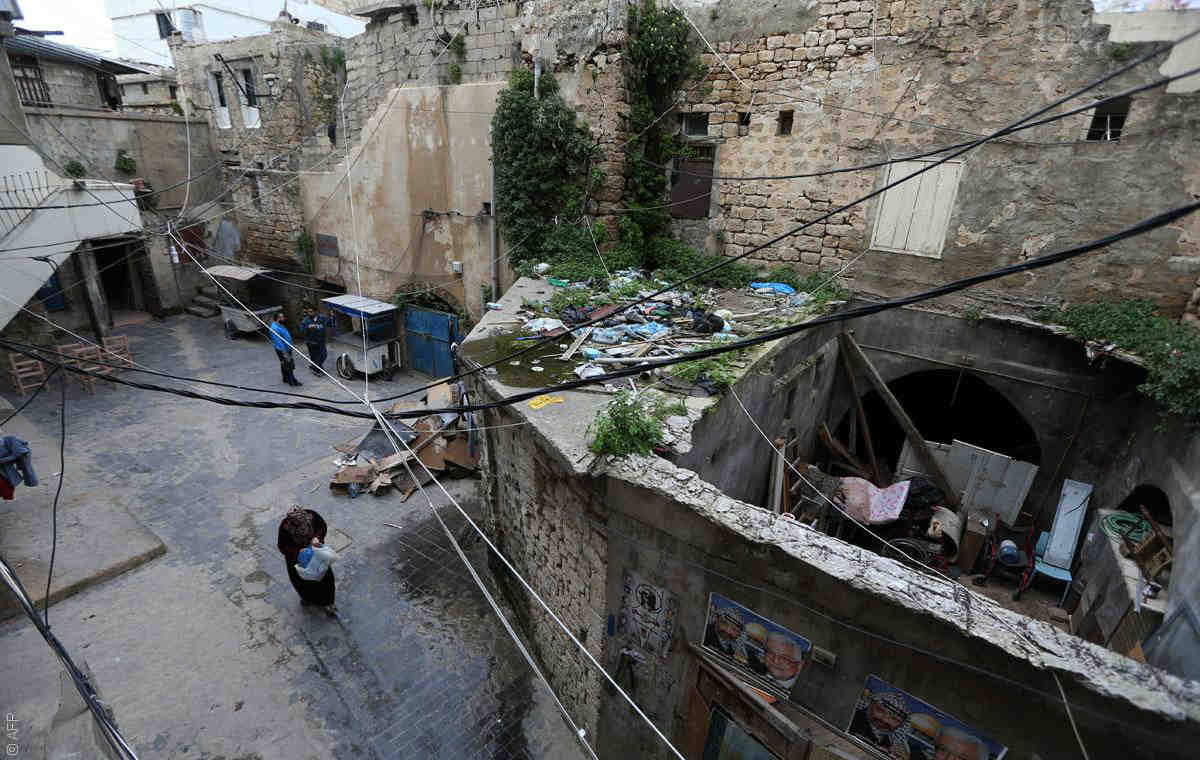 As far as other synagogues in Lebanon are concerned, There’s Beirut’s Maghen Abraham Synagogue which was renovated recently and two others in Aley and Bhamdoun. There was one as well in Deir el Amar but it got sold in 1900. 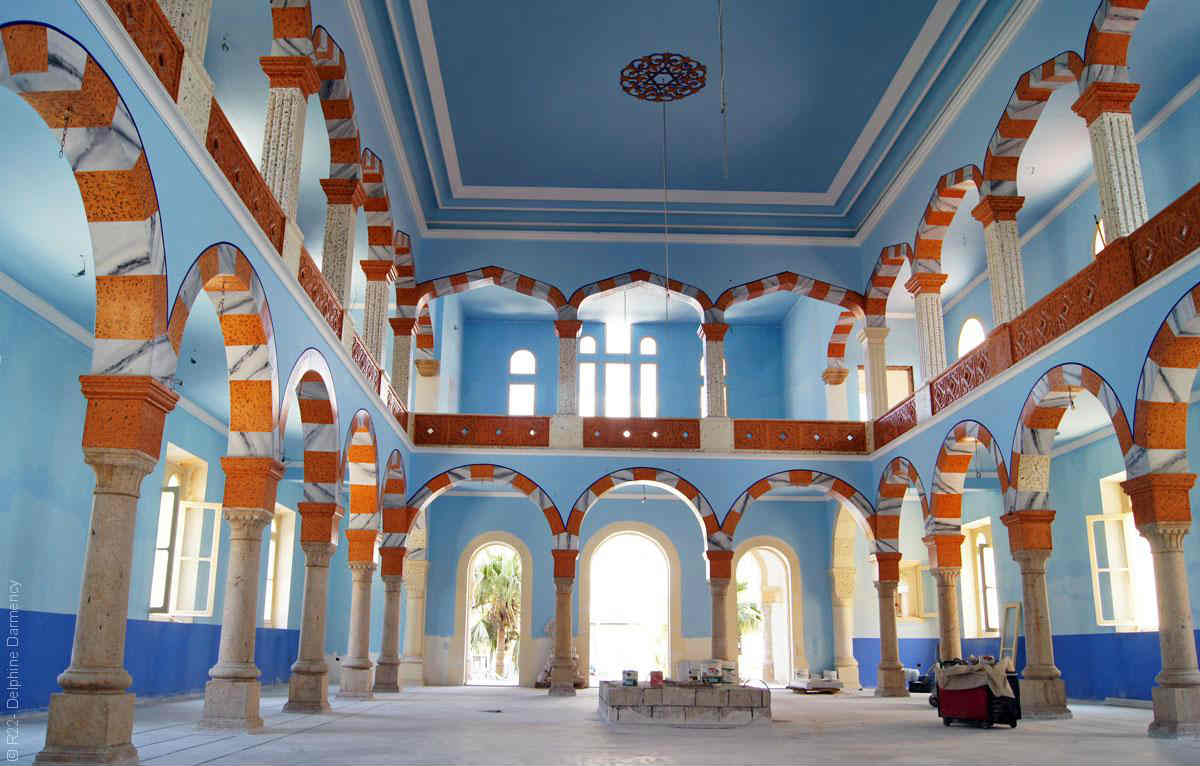 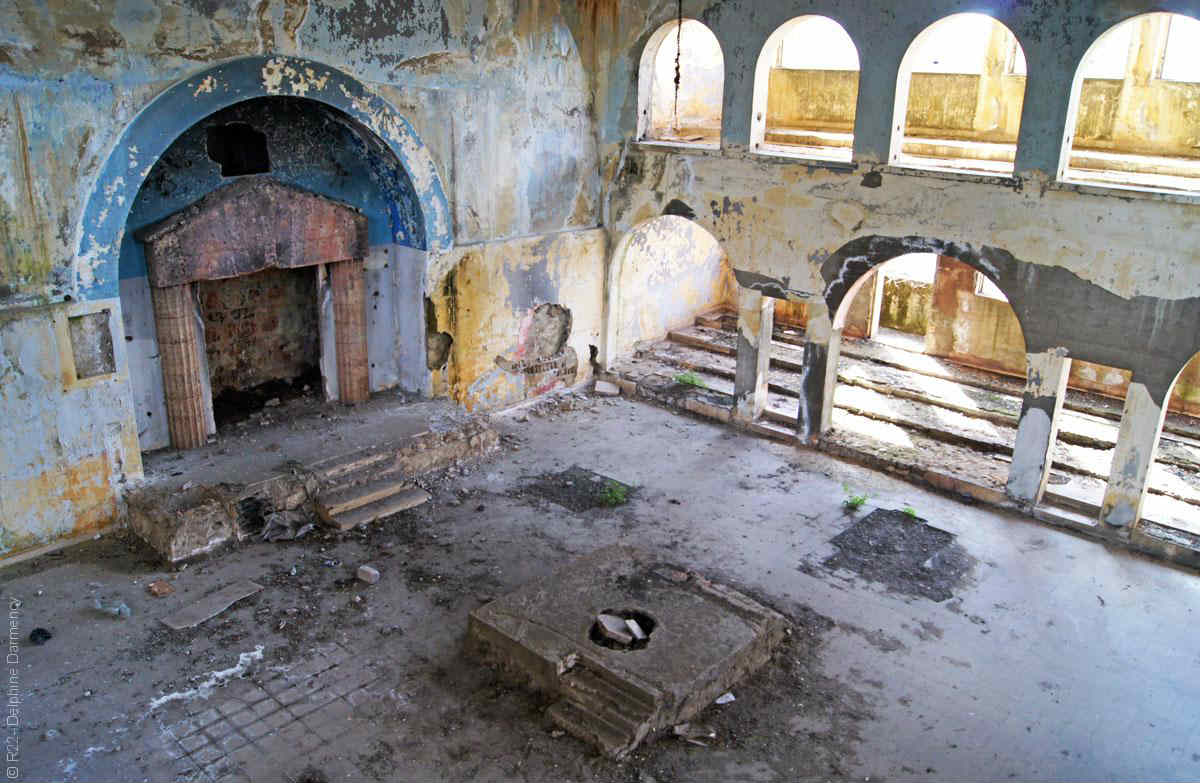 You can read more about the Jewish worship places in Lebanon and their history [here] and [here].