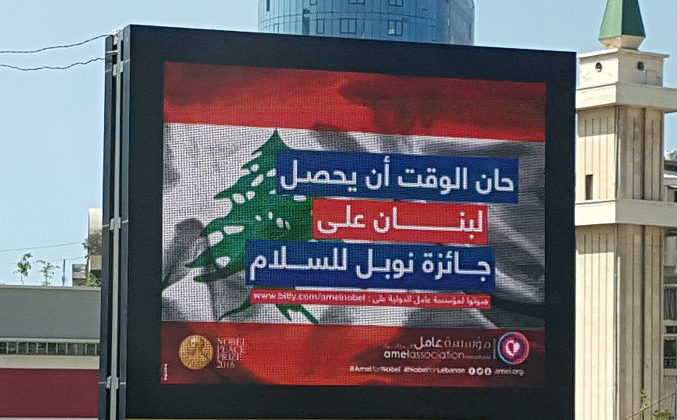 I spotted a couple of billboards in Beirut claiming that “It’s About Time Lebanon Wins The Nobel Peace Prize” and asking people to vote for the Lebanese NGO AMEL that was nominated “for its contribution to humanitarian and social work in the country since the 15-year Civil War”.

AMEL is “a non-governmental organization, non-profit, non sectarian organization that supports the most underprivileged populations in Lebanon, through various programs involving health care, psychosocial support, rural development, vocational training, child protection and the promotion of human rights”. According to their website, Amel has over 20 centers in the most underprivileged zones in Lebanon (Southern Suburbs of Beirut, Mount Lebanon, Bekaa Valley and South Lebanon).

Amel was founded in 1979 by Kamel Mohanna and a team of activists, professors, doctors and journalists with an “ultimate aim to participate in building durable peace and a unified and fair state.”

– Members of national assemblies and national governments (cabinet members/ministers) of sovereign states as well as current heads of states
– Members of The International Court of Justice in The Hague and The Permanent Court of Arbitration in The Hague
– Members of Institut de Droit International
– University professors, professors emeriti and associate professors of history, social sciences, law, philosophy, theology, and religion; university rectors and university directors (or their equivalents); directors of peace research institutes and foreign policy institutes
– Persons who have been awarded the Nobel Peace Prize
– Members of the main board of directors or its equivalent for organizations that have been awarded the Nobel Peace Prize
– Current and former members of the Norwegian Nobel Committee (proposals by current members of the Committee to be submitted no later than at the first meeting of the Committee after 1 February)
– Former advisers to the Norwegian Nobel Committee

Does AMEL deserve to win?

Looking at their website, AMEL has done an incredible humanitarian and social work and totally deserves to be nominated, but they didn’t stand a chance against other nominees mainly Colombia’s Juan Manuel Santos and the White Helmets. Santos, who was this year’s winner, has been working for years to end the 52-year conflict with left-wing rebels but unfortunately his peace deal was rejected by Colombians in a popular vote.

Who deserved to win?

The White Helmets of course! I cannot think of anyone more deserving of this year’s Nobel Peace Prize than the White Helmets. The work they’ve been doing given the circumstances in Syria is surreal. They’re unarmed and impartial, they are all volunteers and they’ve saved so far over 60,000 lives in Syria since 2013. 110 of them died, mostly by airstrikes, while carrying out rescues.

When they heard that this year’s Nobel Peace Prize has gone to Colombian President Juan Manuel Santos, they congratulated him and said and I quote “It is not the Nobel we long for most, but peace itself”. 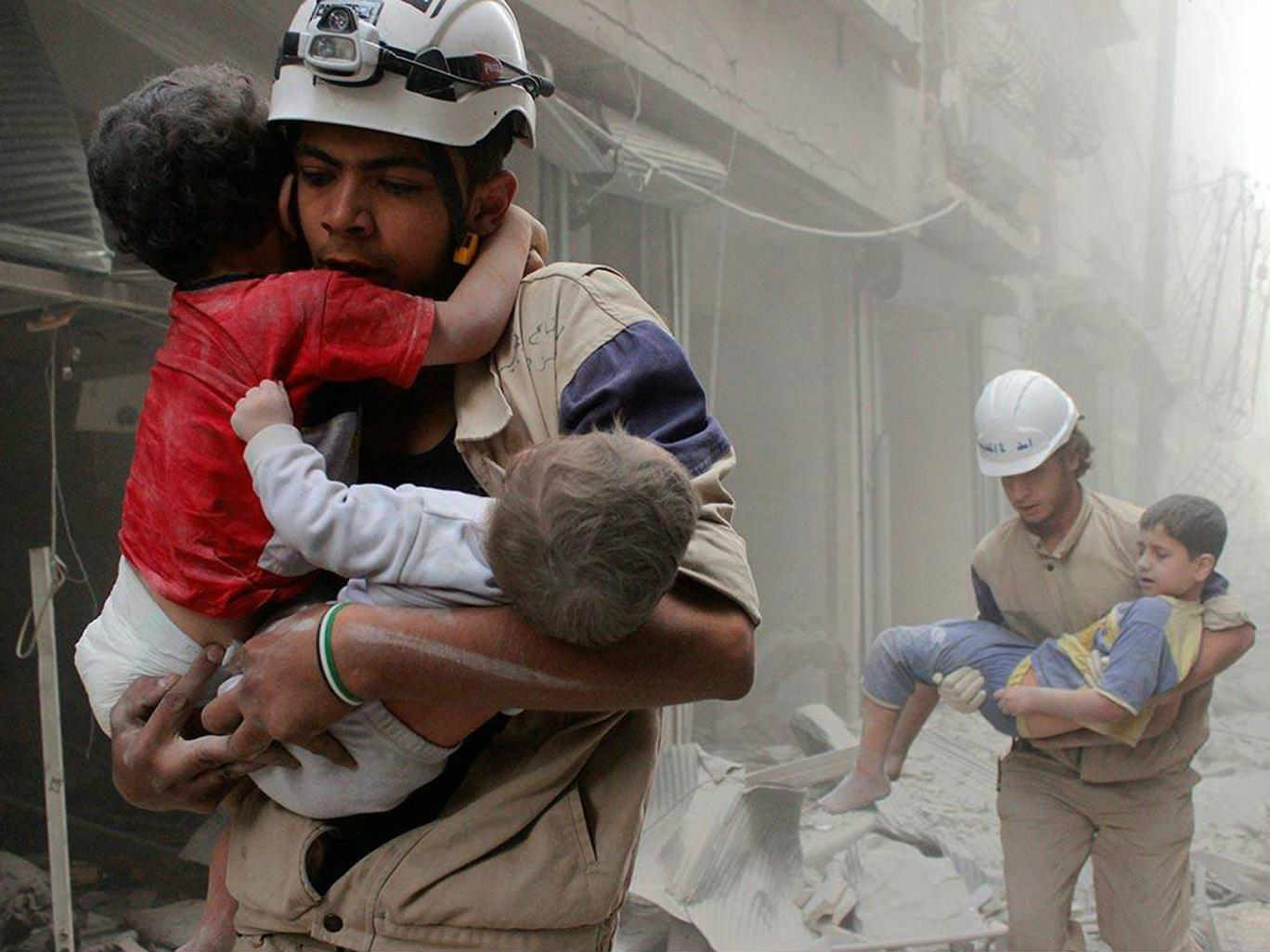 All in all, we do have a lot of NGOs that have been doing an incredible job in Lebanon but we don’t deserve the Nobel Peace Prize yet.