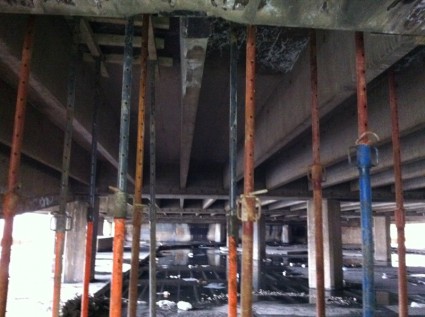 I noticed that Charles El Helou bridge was undergoing some maintenance work last Friday and the road was closed as a result, but I had no clue the situation was as bad as it is portrayed in this report.

It basically says that the bridge could crumble any second now, similarly to the Jal el Dib Bridge which has expired and is yet to be taken down.

In fact, I had posted back in October that the Jal el Dib will be taken down soon but political disputes between various parties have delayed early plans.

So until then, pray before you cross any of those two bridges or avoid crossing over them by taking other routes.