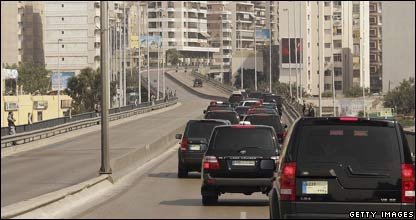 How The Japanese government (Opposition + Majority) takes care of it people.

Japan’s ruling party agreed with the opposition on Monday for members of parliament to take a cut in pay to fund reconstruction efforts after this month’s deadly earthquake and tsunami, Kyodo news agency reported.

MP Hamadeh: Aoun should fund STL from the money he stole

On November 11, 2009 LTA released the results of the 2009 Corruption Perceptions Index (CPI) in Beirut simultaneously with other parts of the world. Lebanon received the score of 2.5/10 and was ranked 130th over 180 countries. [Link]

PS: Ignore who did what in Lebanon and look at the bigger picture.