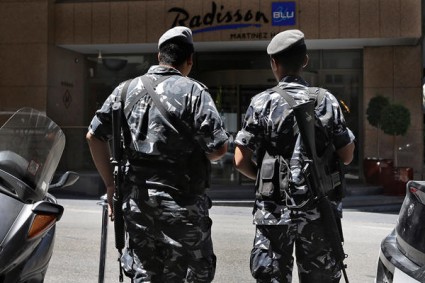 A lot of things don’t make sense in Lebanon lately, and one of them is this whole kidnapping spree that doesn’t seem to be ending any time soon. It started off with the Mokdad family’s military wing (Whatever that is) kidnapping random Syrian citizens almost a year ago before they got arrested and the hostages were freed, and now with the Aazaz Pilgrims families who are being accused of “forming an armed gang and abducting the two Turkish pilots”.

While it is understandable to protest and organize sit-ins asking for the release of the kidnapped Lebanese in Syria, I don’t see the logic behind kidnapping innocent and random people. In fact, such an act will only make things worse and the proof is what is happening now. The families of the Turkish pilots are threatening to kidnap Lebanese while the Aazaz pilgrims’ families are being treated as criminals.

Having said that, I’ve been discussing this matter with some friends on Twitter and few of them were arguing that it’s easy to judge the families now but “one would do the same and maybe worse if a member of his family gets kidnapped”.

While it is true that some people may overreact and sometimes commit irrational acts when a family member is harmed or kidnapped, I believe one has to be cautious and rational or at least do something that does not worsen the situation and affect other family members. Kidnapping innocent people is wrong and is not justifiable under any circumstance. It’s as simple as that and doesn’t require any explanation. In fact, and this might sound crazy, but I would understand someone forming an armed clan and heading to Syria or Turkey to free his relatives than kidnapping random people on the street.

Having said all that, I truly hope all the Lebanese kidnapped in Syria, not just the 9 pilgrims, get freed the soonest and go back to their families. Until then, let’s stop this ongoing madness in Lebanon and wise up for a change.