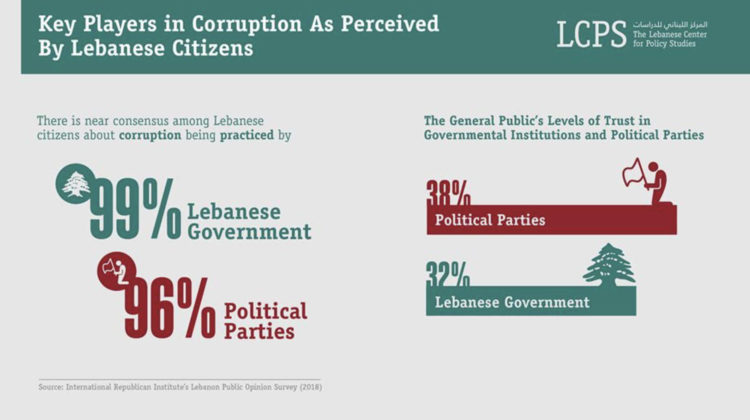 The Lebanese Center for Policy Studies (LCPS) released its Feb 2019 report and revealed some interesting finds after conducting a survey back in October 2018 with 1,200 respondents. According to the repot, The survey was distributed equally between genders, and is representative of the confessional and regional distribution of Lebanese citizens.

Here are some of the findings:

– 98% of Lebanese think that there is corruption in the country.
– 95% of respondents believe the country is headed in the wrong direction.
– 77% of respondents report a deterioration in Lebanon’s economy since the 2018 parliamentary elections.
– Cost of living is the primary individual concern among residents of Baalbek-Hermel & Akkar.
– Infrastructure is the main concern of respondents in Nabatiyeh (37%), the South (36%), Beirut (36%), Mount Lebanon (36%), and the North (35%).
– Younger Age Groups Hold the Biggest Economic Concerns with an unemployment rate at 37% for those under 25.
– 64% of respondents do not think that political parties listen to their supporters when shaping their platforms, and 73% think the same for non-supporters.

What puzzles me is how the same political parties got re-elected, but LCPS seem to have an explanation for that:

The mere fact that those under 30 voted less in 2018 pretty much sums it up.

Check out the LCPS Website, they have some really cool insights. 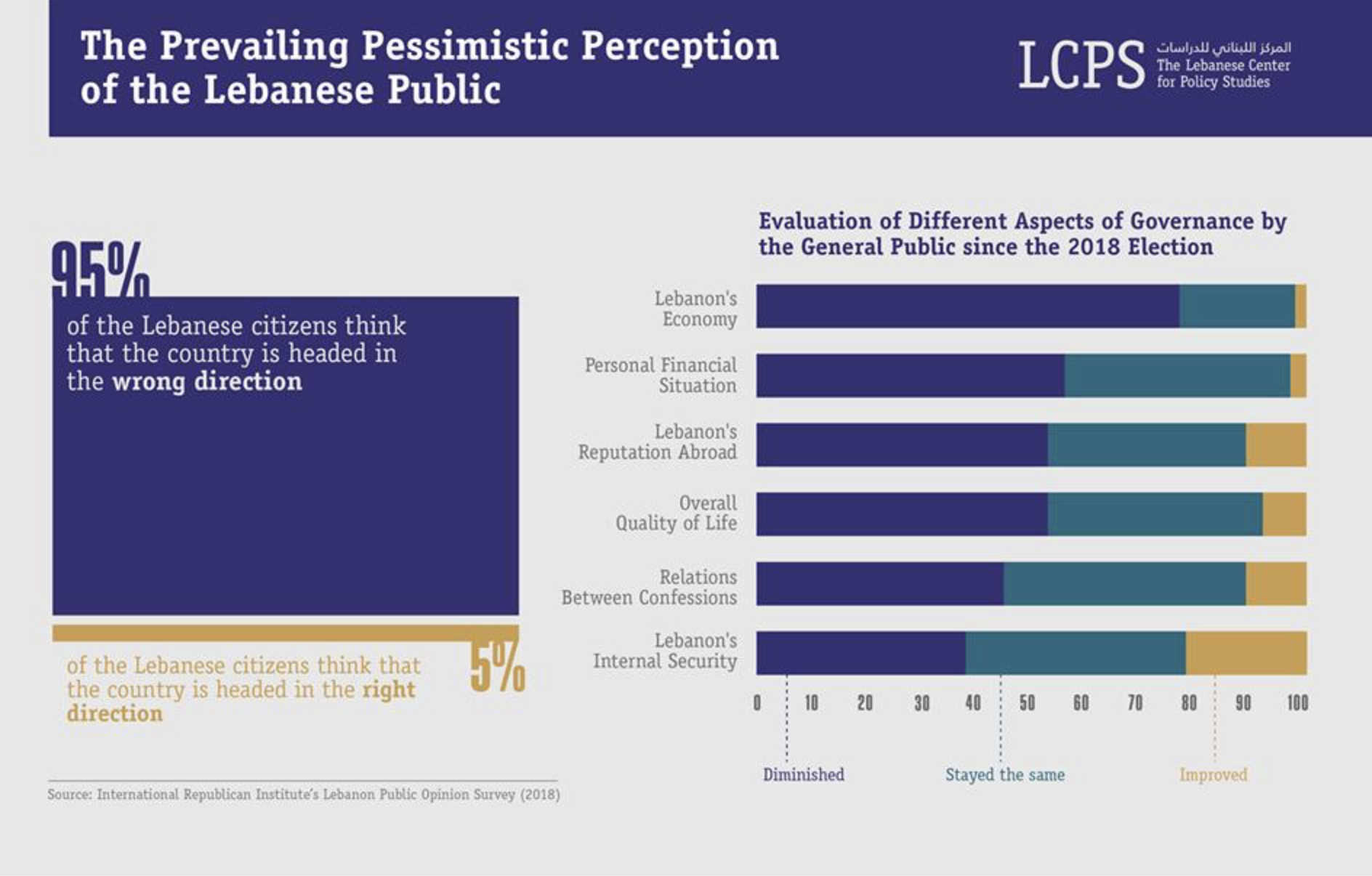 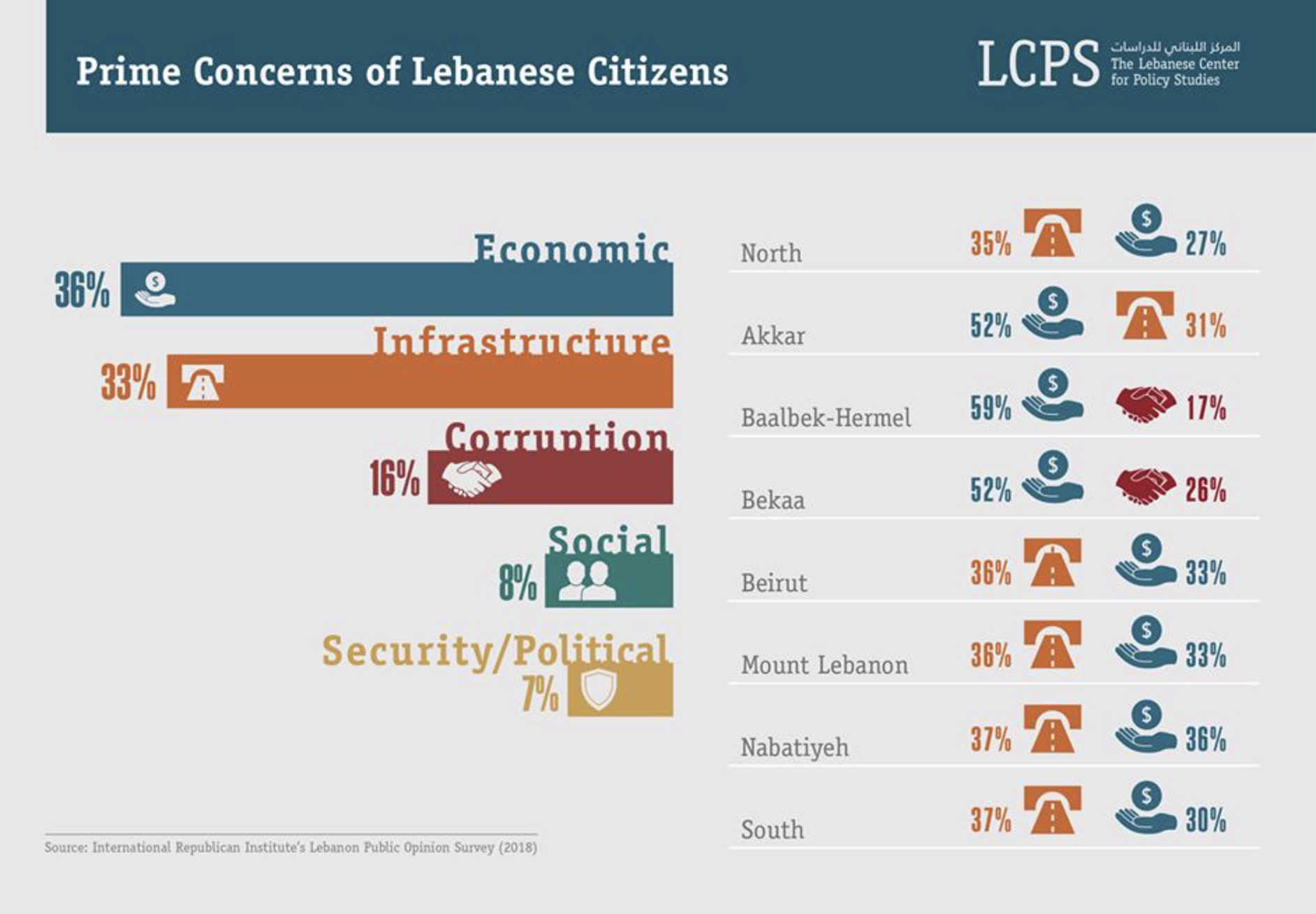