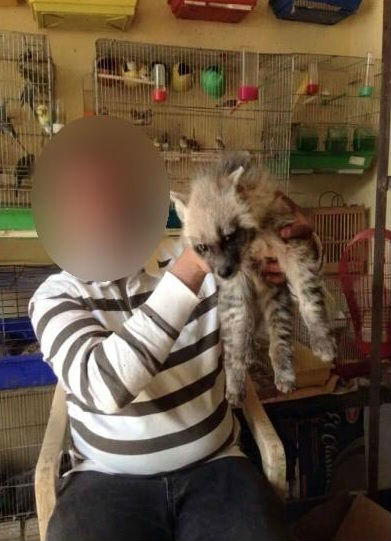 The man showing in the picture above is called Mashhour Ghossen as per Akkar News’s Facebook page and he’s bragging about snatching a baby Hyena from his mother. He was hunting apparently when he found the mother with her three children and thought it would be a good idea to steal one of her babies. The two men below weren’t interested in raising hyenas at home so they decided to kill the poor little animal for no reason and pose for pictures. 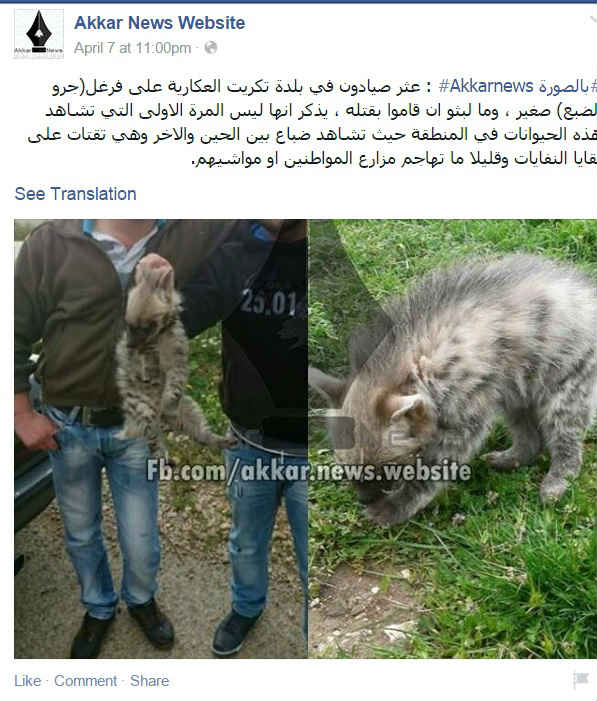 This is not the first time hyenas are killed and abused in Lebanon even though they are harmless gentle creatures. Unfortunately, there’s this misconception that they are cruel and dangerous animals and they attack humans which is not true specially when it comes to striped hyenas. The Lebanese hyena is an endangered species and plays a crucial role by cleaning forests from carcasses and bones, which is why we need to condemn these attacks and fine people who harm hyenas from now on.

Protecting hyenas and Lebanon’s wildlife animals in general is a very important matter and the concerned ministries, mainly the Ministry of Environment, should enforce the 2004 law once and for all. It is no longer acceptable to see people posting pictures of killing hyenas and media outlets sharing their stories without taking any action. The guy’s name is mentioned in the article so the authorities should go after him and bring back the hyena cub to his mother. They should also arrest those who killed the hyena cub and warn them or reprimand them somehow.

Once and for all, hyenas are not like the ones you remember from the Lion King. They may not be the nicest looking creatures but they are harmless and will soon disappear if we don’t stop killing them.

Thank you Nadine Mazloum for highlighting these wrongdoings