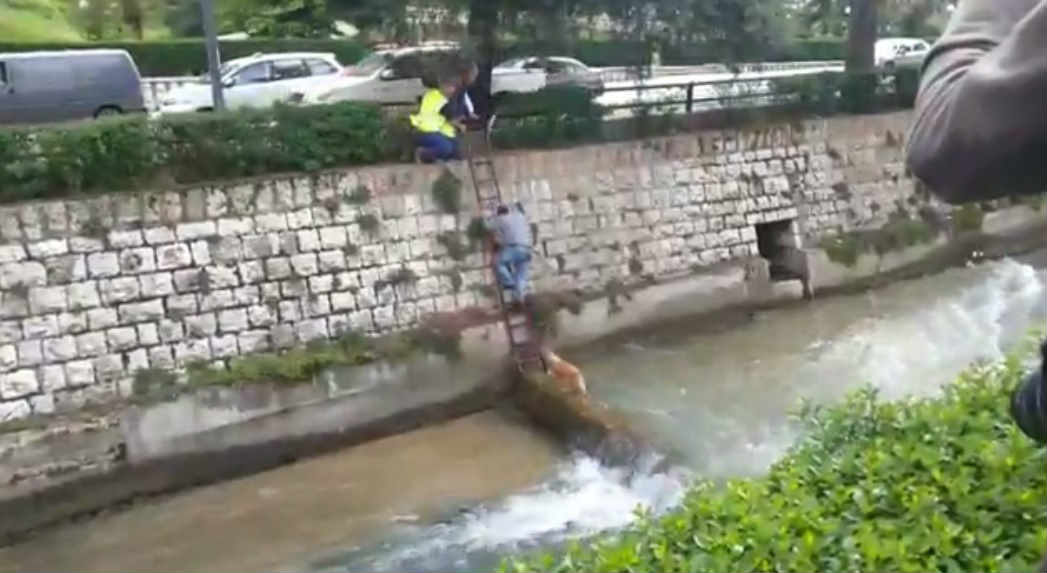 When I wrote about the 7 year old child that got killed by a pitbull in Zahle last week, I attacked those who are training dogs for illegal fights and stated that this practice is unfortunately very common in the area, but what I didn’t say and should have is that there are as many people in Zahle that love dogs and take great care of them. The dog (Max) in the video below could have easily drowned in the frozen Berdanoui waters but his owner and a couple of Zahle guys rushed to his rescue and saved him in time.

Unfortunately, animal abuse is still very common in Lebanon and most of the incidents reported are bad ones but there are good people out there still trying to do the right thing. Only yesterday, I wrote about a hyena that was killed and another snatched from his mother in Akkar, and I’m following up on the story with a couple of friends to see if they will be able to bring the hyena cub back to his mother, but they told me it’s almost impossible for that to happen now that the hyena has formed bonds with other animals and humans. Nevertheless, it’s still better to take the hyena from this ignorant hunter and put him in a safe shelter.