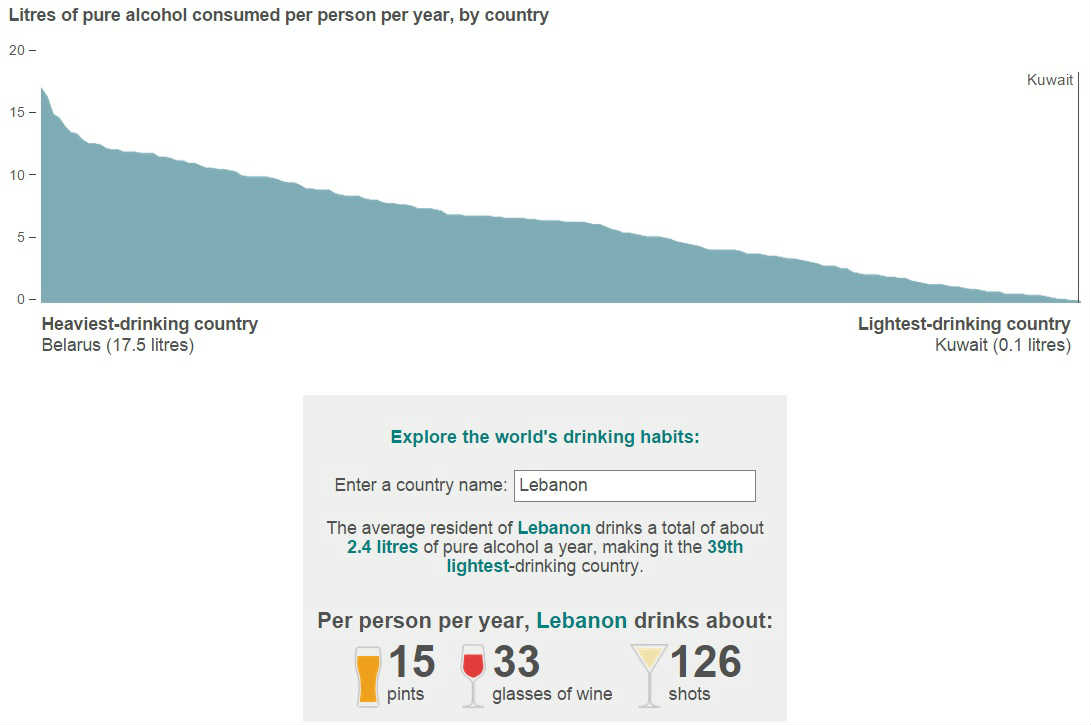 A Lebanese person drinks on average 15 pints of beer, 33 glasses of wine and 126 shots per year. Moreover and based on a survey data published by the WHO, “about 0% of men in Lebanon had drunk heavily on at least one occasion in month before the survey, compared with about 0% of women. The global average is 12.3% for men and 2.9% for women”. Add to that the fact that 90% of those surveyed in Lebanon reported that they had not touched a drop of alcohol in the previous 12 months. The global average is 61.7%.

The numbers are a bit too low for Lebanon probably because they surveyed the wrong people in the wrong area but I don’t think we are heavy drinkers in this country, even if we pretend to be so. What would be interesting is to see is a comparison between alcohol and arguile consumption over the past 5 years.

Check out the WHO full report [Here].