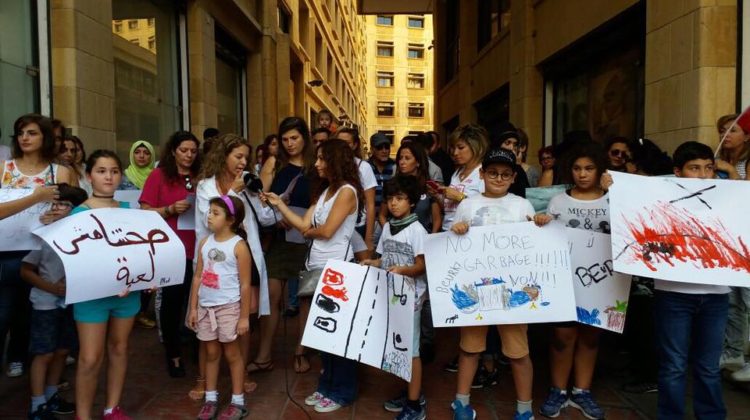 Is that a 'Beurk' in one of the posters?

A group of Lebanese mothers took the streets to protest against the ongoing garbage crisis and its adverse effects on children. The mothers had shared earlier highlighting the dangers of burning trash which, aside from creating the unpleasant smells, can produce a range of poisonous compounds.

Environment Minister Mohammad Machnouk obviously wasn’t there but he showed support for the demo and condemned burning trash in a tweet. He also indirectly cleared himself from this issue by asking the mothers to report incidents to the ISF, because as we all know, the Minister of Environment is not concerned with air pollution; He just flies to international conferences and wastes our tax money bragging about achievements he has nothing to do with. Oh, and of course, he blocks people who disagree with him.