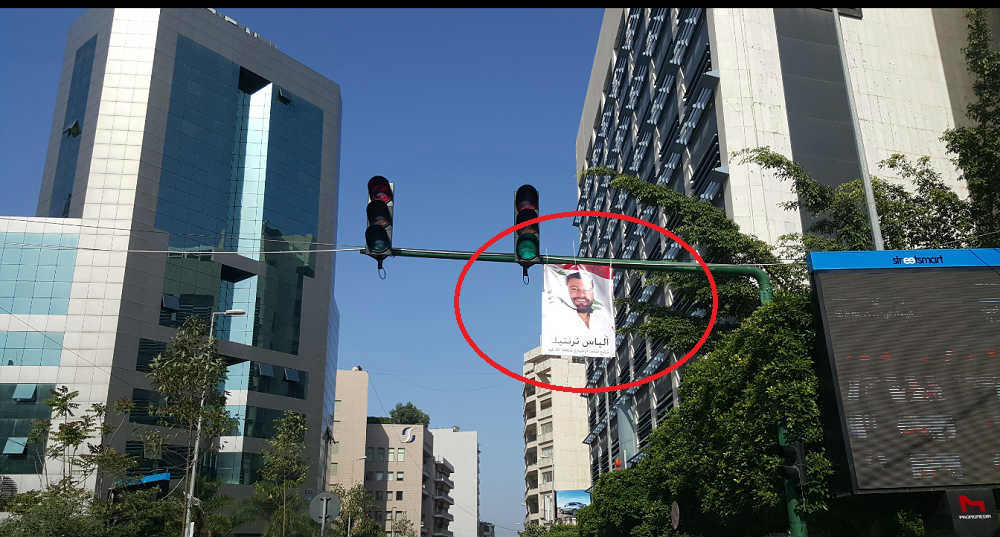 The municipal elections will probably take place on time in Lebanon this year as promised by Interior Minister Nouhad Machnouk. A lot of candidates have already started campaigning and some of them began littering as well. Posters are randomly placed on walls, traffic lights, residential buildings, traffic signs and even on your car.

We are in the middle of a garbage crisis, we are trying to push people to reduce waste and recycle and then you find municipal elections candidates polluting their own city’s streets and walls. If I were an Achrafieh resident, I would never vote for this guy or any candidate that doesn’t even bother to keep his city clean.

On another note, there’s an ongoing volunteer-led campaign this year, called “Beirut Madinati”, that looks very promising and aims at electing a municipal council of qualified, politically unaffiliated individuals. I’ve been meaning to write about this initiative but I’m waiting for them to announce the candidates.