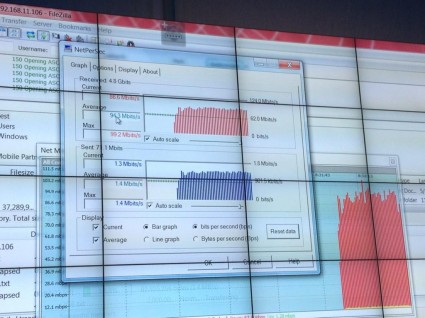 “Let’s Connect” took place yesterday at the Beirut Digital District where Telecom Ministry Nicolas Sehnaoui talked about the progress done by his ministry between June 2011 and June 2012 and announced plans for the launch of the 4G service next year. You can read the one-year report [Here].

I was unfortunately unable to attend the event but I have to say there’s been a significant improvement in the 3G and DSL services over the past year not just in Beirut but also outside it. In fact, I had major issues with the DSL in the first few months (I live in Jounieh) whereas it would disconnect for no reason or slow down but I haven’t had any noticeable problems for at least the past 3-4 months. As far as the 3G is concerned, the coverage is much better and the service is more reliable but there are still a lot of areas without a decent 3G coverage and I am not talking about villages in the middle of nowhere but major cities like Jounieh and some areas inside Beirut (Achrafieh Sioufi for example). 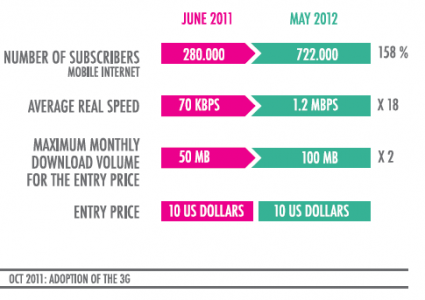 This being said, no one can deny the improvement in the internet service over the past year but there are still few points I’d like to highlight:

– I’ve had DSL for almost a year now but cannot upgrade from the 1 MBPS I have because that’s the maximum speed my phone line and the “Centrale” in Jounieh can handle.
– There’s a major problem related to the availability of landlines in some areas like in Jbeil where you can’t apply for a new phone number because the network is full.
– There should be a decent alternative to DSL as there isn’t any at the moment. Mobi and Wise are terribly slow and the 3G dongles and routers plans are ridiculous.
– The 3G launch in Lebanon could have been much better had the infrastructure been ready for such a thing. I hope that we won’t be facing the same problem with the 4G launch.
– 3G prices are great but the caps need to be increased. 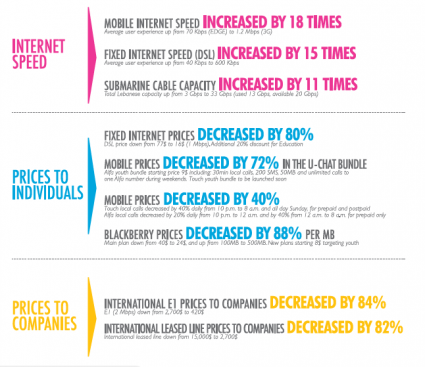 On a last note, I am glad the Ministry of Telecommunications’ website was taken down and is now under construction. [Website]