Activists from the Nationality Campaign held a sit-in three days ago near the Baabda palace to protest against the Nationality law and ask PM Najib Miqati to reconsider not allowing Lebanese women to pass their nationality on to their children. However, nothing has changed and as you can see from the video above, the ministerial committee in charge of studying this law (all men) decided to keep it as is. This means that we join Kuwait, Qatar, Yemen and Somalia as a country where women lack the right to pass on the nationality completely. [Map]

Basically, this translates into the following: If a Lebanese woman marries a non-Lebanese, she is not allowed to pass the nationality to her children, while a Lebanese man who marries a non-Lebanese woman is allowed to pass the nationality to his spouse and children. The reasons that the ministerial committee keeps on giving to justify this inequality are to laugh for, and include:
– Harming Lebanon’s Higher Interest.
– Disrupting the demographic balance.
– Threatening co-existence and equality.
– Facilitating the “naturalization” process. 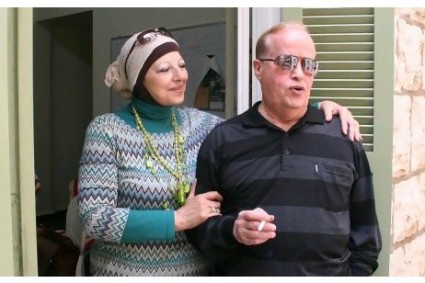 Nevertheless, this is not the point as we are all aware of the considerable number of Palestinian refugees in Lebanon, the derogatory conditions they live in and the political exploitation that follows. The point is why are Lebanese men allowed to pass on their nationality while Lebanese women can’t? Are we smarter and more educated than our women are? Were they born stupid enough to marry anyone just to give them the Lebanese Nationality? What sort of non-sense is that?

If Lebanese men are allowed to pass on the citizenship, Lebanese women should have the same right. If you are worried about Palestinians getting naturalized as a result of this law, ban both genders from passing the nationality not just women. It’s as simple as that and anyone who speaks against this equality in rights is an ignorant.

I hope that Mrs. Wafaa Sleiman, Lebanon’s first lady and a defender of women’s rights, will lobby further in favor of changing this law, and ask other ministers’ wifes and influential female politicians to join her in putting an end to this non-sense, because such an issue will unfortunately never be resolved by sit-ins and demonstrations.