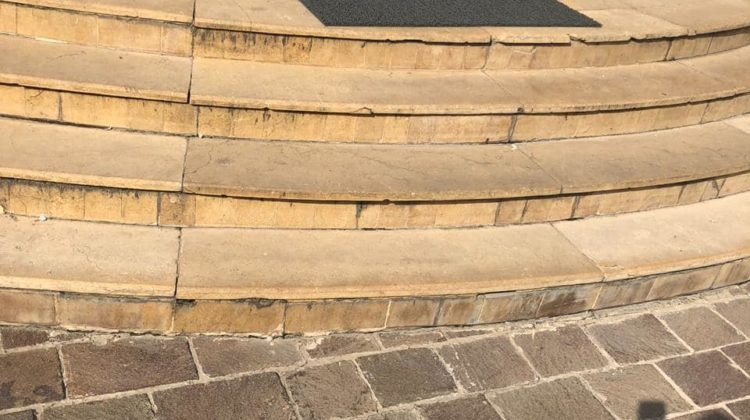 Update: It looks like Marc’s concerns were finally heard. [link]

Back in December 2018, three lawsuits were filed through Legal Agenda against the state for disrespecting its obligations in matters of accessibility of public spaces. Before that and during the municipal and parliament elections, the majority of polling stations were still ill-equipped to accommodate people with disabilities.

Last week, Marc Torbey El Helou, who’s a tetraplegic, shared his frustration after receiving a second visit to the Grand Serail only to find out that it’s still not wheelchair-accessible, despite the repeated promises and commitments by the government to abide by the U.N.’s Convention on the Rights of Persons with Disabilities in 2007 that was signed back in 2007.

Here’s what he said:

It’s the second time i get invited to the Grand Serail. First time was for the United Nations Global Compact event. One of the topics was “reducing inequalities”
and today for the “عيد البشارة” official celebration, an event I was part of, since its beginnings, way before it became an official holiday.
I couldn’t make it for both events since the place was not accessible due to 4 stairs blocking my way and no ramp on the side!
If the Grand Serail is not accessible, I wonder which governmental institution is !
A long way ahead to actually make law 220/2000 applicable

I think it’s quite ironic to invite people to a topic on “reducing inequalities” while disrespecting their most basic rights. The Grand Serail should be a model to follow yet it doesn’t even have a ramp for wheel chairs.