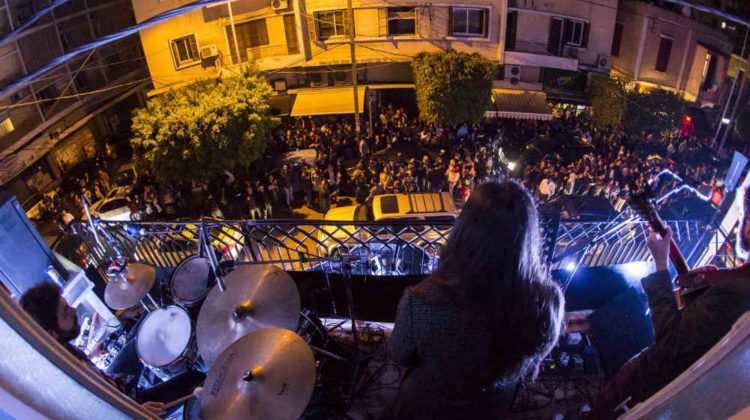 Back in 2008, more than twenty pubs were shut down in Gemmayze after more than 100 angry residents blocked the Main Street to protest the hijacking of parking spaces and pubs that were violating the law and ignoring closing hours. Lebanon’s Tourism Minister back then sided with the locals and it was a matter of time before Gemmayze no longer became a nightlife spot (Blame the outrageous increases in rent as well).

Fast forward to 2017, Mar Mikhail residents just signed a petition and directed it to Beirut’s governor asking him to penalize unlawful pubs and stop this fiasco. To be honest, they have every right to complain as this was a residential area that got “hijacked” by pubs and restaurants. Needless to say, the majority of these pubs are abiding by the rules but there are many that aren’t. Just imagine what the locals are going through with all the noise, traffic, drunk people on the street etc.

The real probem is that the authorities, as usual, realized there’s a problem when it was already too late. When you let the valet parking companies hijack all the parking lots and when you don’t regulate the opening of new pubs, you end up with the mess we’re in right now.

I love Mar Mikhail but I’ve been avoiding it as much as possible for the past year because of the valet and traffic. Add to that the awful garbage smell and the dirty sidewalks. Let’s just hope it doesn’t end up like Gemmayze did. All that needs to be done is close down unlawful pubs and kick the valet mafias out. Oh and please clean these damn streets and remove the garbage bins located at the heart of Mar Mikhail.