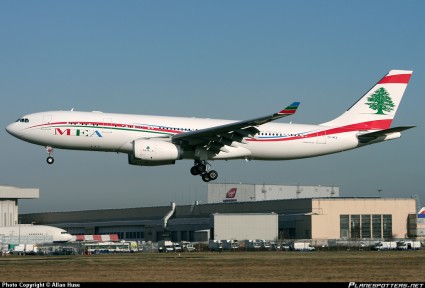 Even though Syria is in a state of war, and almost every airplane company has prohibited flights of its civilian airlines over Syrian territory (even Russia!), MEA planes are still using the Syrian airspace and endangering the lives of their staff and passengers.

The reason why Russia stopped its planes from flying over Syria is after “ground-to-air missiles were fired at a Russian passenger jet flying over the strife-torn Arab nation”, so the threat is real and there were previous rumors that two of MEA’s planes were targeted by surface-to-air missiles in Syrian airspace but they were denied.

However, a MEA pilot few days ago was asked to delay his landing and spend some time above Syrian airspace, during which he apparently took pictures of the clashes taking place underneath him and emailed them to other pilots to warn them. After the administration became aware of this email, they suspended the pilot according to this report and denied any threats on the MEA airplanes.

I don’t quite understand why any civilian plane would want to fly above Syrian airspace with everything that’s happening, and I hope that the MEA Administration will stop these flights before a disastrous scenario occurs. What is surprising is that many people are still going on these flights, as if a cheaper ticket is more important than their safety.